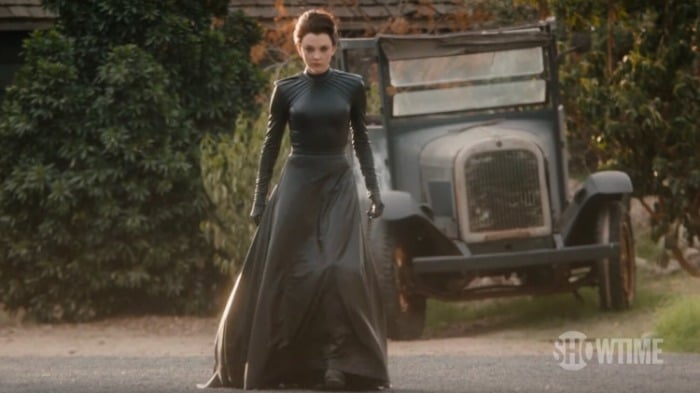 Showtime Delivers All the Natalie Dormer You've Been Missing

Atlanta’s Missing and Murdered: The Lost Children on HBO at 7:45pm ET.

God Friended Me on CBS at 8:00pm ET. Two-hour series finale. Didn’t know CBS was allowed to cancel things after only two seasons. The bad news is that the cancellation was announced after filming was shut down for pandemic reasons so the chances that this finale will be a satisfying end to the series are slim to none.

Homeland on Showtime at 9:00pm ET. Series finale. Guess Claire Danes will have to find something else to keep herself busy from now on.

Penny Dreadful: City of Angels on Showtime at 10:10pm ET. Series premiere. This new series features Natalie Dormer in a lead role as a “shape-shifting demon” named Magda, but apparently she doesn’t shift shapes THAT much because the other three characters tied to Magda are also played by Natalie Dormer in different wigs, outfits, and makeup. Which just makes me think of Roger from American Dad and that’s probably not the vibe they’re going for here.

← Cristina Cuomo, Wife of Chris, is the Wrong, Dangerous Kind of Woo-Woo | A Very Cavallari Divorce →