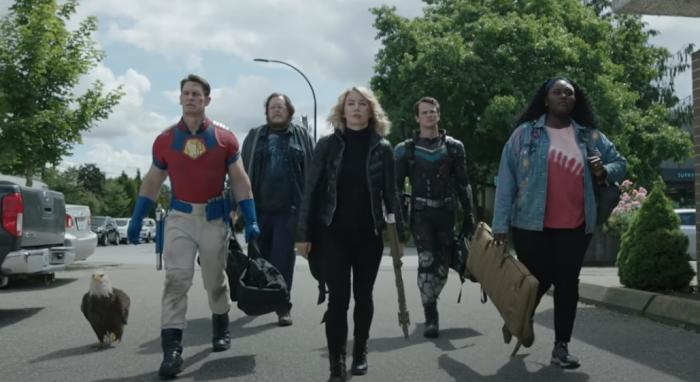 Peacemaker on HBO Max at 3:00am ET. Series premiere. Man, wasn’t John Cena busy enough already? Do he and The Rock have access to some kind of, cocaine substitute that the WWE hands out to its brightest stars? It’s probably just cocaine, right?

Station Eleven on HBO Max at 3:00am ET. First season finale. I have been watching this and enjoying it, mostly, but I’m having to take it in small doses. There’s a lot of it I find interesting and some of it I find uncomfortable and some parts that are just a bit dull. Expect an extremely non-timely reflection on it at some point.

Law & Order: Special Victims Unit on NBC at 9:00pm ET. They’ve just announced that Grey’s Anatomy is getting a season 19 and this is currently on season 23 so I guess it’s just a grim march towards death to see what’s going to be the longest-running drama on Thursday nights.

← Please Don't Rake Me Over the Coals, but Jimmy Fallon's 'That's My Jam' Is a Blast | 'Book of Boba Fett' Threw Best Part of the Show in the Trash →