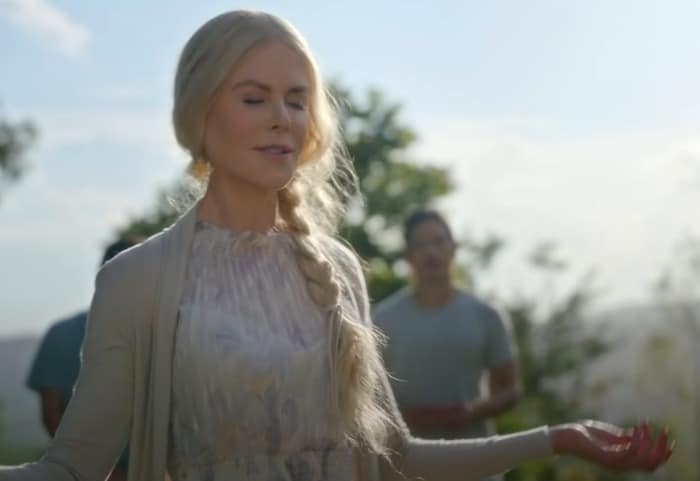 Here It Is, Your Moment of Zen?

Nine Perfect Strangers on Hulu at 12:01am ET. Series premiere. The new star-studded adaptation of a Liane Moriarty book is here! Or the first three episodes are. Looks like another installment in this summer’s hot genre of “creepy things happening in beautiful places” following The White Lotus and Fantasy Island.

In the Same Breath on HBO at 9:00pm ET. Special presentation. This is a documentary about the early days of COVID’s spread in Wuhan as documented by Nanfu Wang, whose hometown is 200 miles outside Wuhan. This features first-hand accounts from a variety of victims in Wuhan and the U.S., and premiered at the 2021 Sundance Film Festival.

House Calls With Dr.Phil on CBS at 9:00pm ET. Series premiere. I could find out exactly what this grifter is up to with this series but I won’t. If “Dr.” Phil shows up at your house, I encourage you to slam the door and cut ties with any friend or relative that’s been giving you shady vibes lately. Someone did that to you, and they should pay.