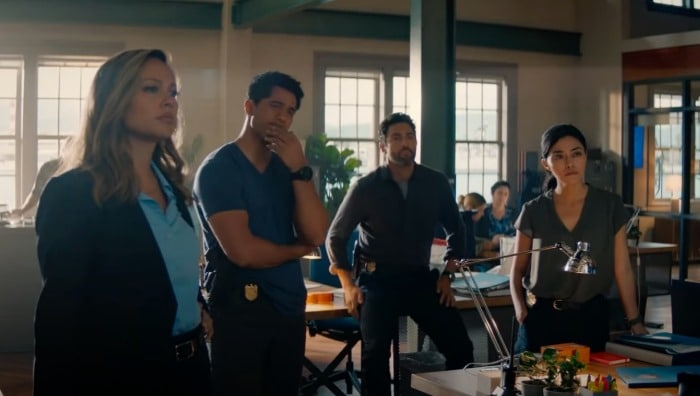 Everybody Do Your Best Cop Show Pose!

Reservation Dogs on FX on Hulu at 12:01am ET. First season finale.

Y: The Last Man on FX on Hulu at 12:01am ET. You know, if there’s enough of these streaming series dropping overnight now, I may have to split this into “Before Dawn” and “After Dark” installments.

Dancing With the Stars on ABC at 8:00pm ET. 30th season premiere.

NCIS: Hawai’i on CBS at 10:00pm ET. Series premiere. So Hawaii Five-O limped to a finish after losing two stars to contract disputes, and now CBS has a NEW crime drama set in Hawaii. Why let a good filming location go to waste, I suppose.

← A Look Back At The Greatest Performance Of Jean Smart's Career: Pickles Oblong from 'The Oblongs' | Laurie Strode is No Longer The Final Girl in the New 'Halloween Kills' Trailer →