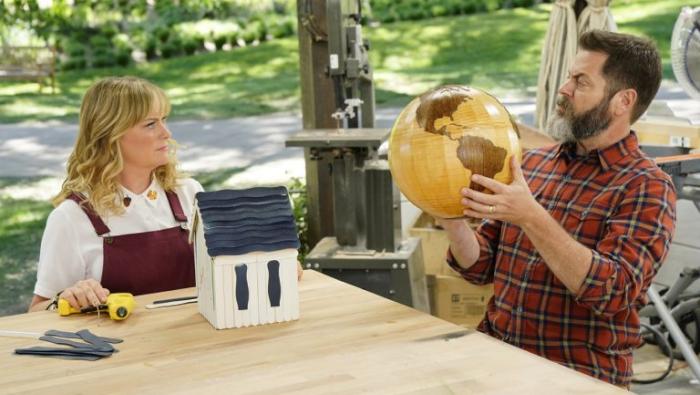 The Great Christmas Light Fight on ABC at 8:00pm ET. Seventh season premiere. What about the Mediocre Christmas Light Fight? You know, a bunch of folks with big plans this year! And then after two hours of wrestling with a rusty ladder and getting gross gutter scum all over them they just content themselves with some lights right around the entry way and one blow up display item, all while passive-aggressively sniping at the other contestants.

Garth Brooks: The Road I’m On on A&E at 9:00pm ET. Series premiere. My last cultural touch-point for Garth Brooks is when he pulled the “Chris Gaines” stunt so I am 100% not the target audience for whatever this is.

Making It on NBC at 10:01pm ET. Second season premiere.

← 'The Mandalorian' is just 'Renegade' in Space (Baby Yoda is the Duster, Obviously) | 'Star Wars: The Rise of Skywalker' to Explore the Origins of Finn & Co., but Not Rose →