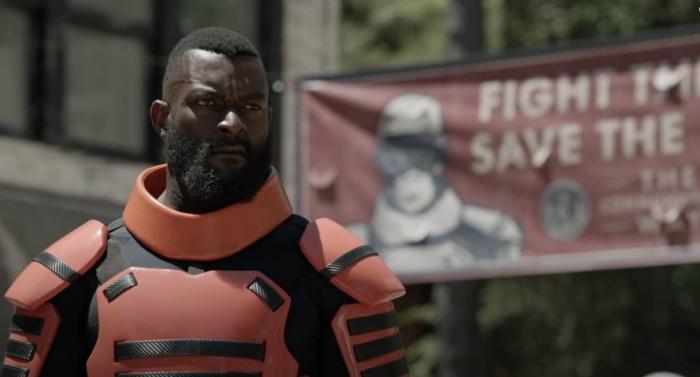 Walking Into Another Week

Killing Eve on AMC+ at 3:01am ET. Fourth season premiere. I somehow had this down as premiering last Sunday, and everything else last week was right, so I don’t know if AMC is trying to mess with our heads or if I somehow checked the listings a week ahead of time for exactly one show, and then the right day for all the rest.

The Walking Dead on AMC at 9:00pm ET. So, in February I like to use a Black actor for the header each day I do 5 Shows. This is my own personal game, and the rules I set are that it needs to be an actual character, not just a background actor, and I try not to use the same person/show more than once. However, Sunday night TV is very very very white so I cannot promise that Mr. Walking Dead super-soldier up there meets the criteria because I have not watched the show in several years, but I can’t use Zendaya again.

Super Pumped: The Battle for Uber on Showtime at 10:00pm ET. Series premiere.