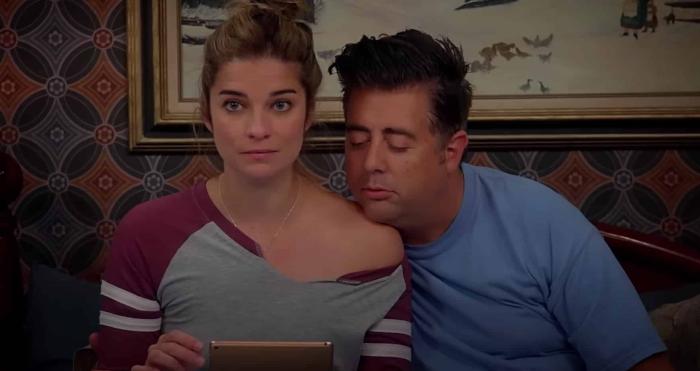 The Thousand-Yard Stare of Monday Night

Kevin Can F**k Himself on AMC+ at 3:01am ET. Second season premiere. This will show up on regular AMC at 9:00pm ET. The first two episodes will be on AMC+, which is desperately trying to convince you to keep paying for it now that Better Call Saul has finished. This is also the final season, so it won’t keep people hanging onto those subs for THAT long.

Phrogging: Hider in My House on Lifetime at 10:03pm ET. This is a show about people hiding out in the houses of other people, why they decided to use the term “Phrogger” I have no idea. Especially since it’s not a common enough term to leave off the explanation of it that is also in the title.

← Twitter's Main Characters Vie for Dominance in the Stupidest Timeline | Why Was Casey Affleck Not at Ben and J.Lo's Wedding? →