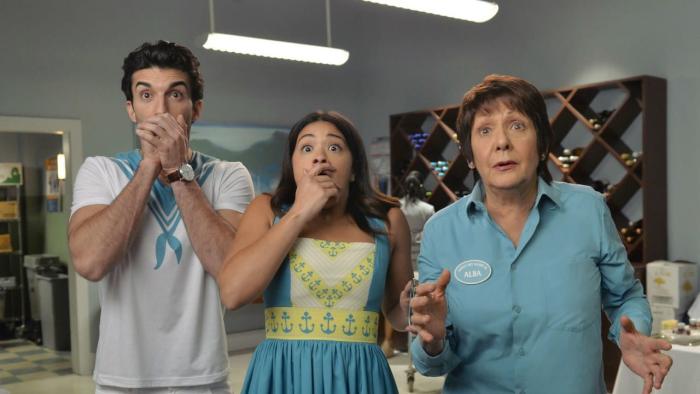 Extinct or Alive: The Lost Shark on Discovery at 8:00pm ET. Weird to think about the fact that our oceans are so vast and deep that entire species can just hide from us. But, honestly, that’s probably an excellent long-term survival strategy.

Jane the Virgin on The CW at 8:00pm ET. This is the two-hour series finale so clear your schedule. There’s nothing else important on tonight, right?

Sherman’s Showcase on IFC at 10:00pm ET. Series premiere. This series is inspired by variety shows like Soul Train or American Bandstand, but the show at the center of it is fiction.