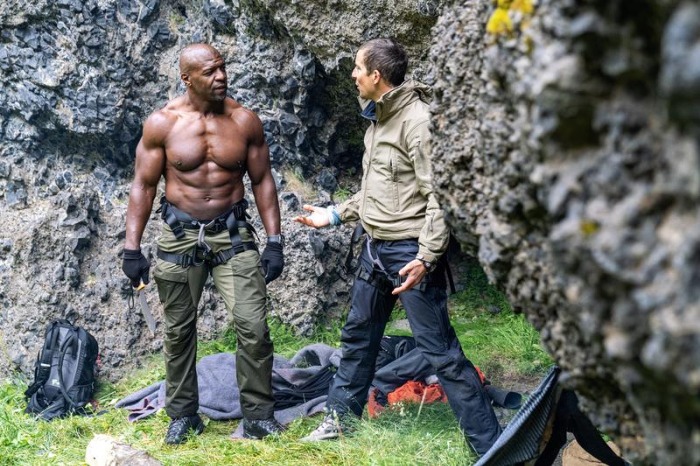 That Does Not Look Like Appropriate Attire for Hiking in Iceland

Hemingway: A Writer on PBS at 8:00pm ET. Series premiere. The latest from Ken Burns and Lynn Novick. This will be a three-part documentary and weaves together the story of his life with excerpts from his writings.

Running Wild with Bear Grylls on National Geographic Channel at 9:00pm ET. Tonight’s guest is Terry crews and they will be traversing the Icelandic highlands. I have never heard of “highlands” referring to a part of any country but Scotland even though I guess it’s a pretty generic term.

← Will 'Shameless' Drop a Deus Ex Frankina in the Series Finale? | Jamie Kennedy Gets Grilled About Starring in Anti-Abortion Movie →