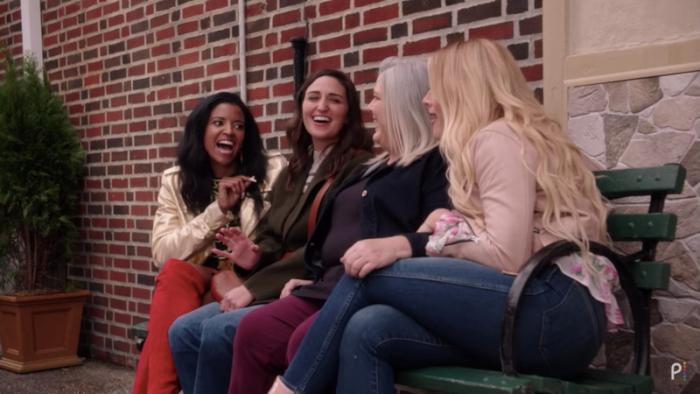 Can a Sitcom Succeed on Raw Talent Alone? We'll Find Out!

Girls5eva on Peacock at 3:00am ET. Series premiere. This is a new series about a 90s girl group whose hit song is sampled by a young rapper, leading them to attempt a reunion. The members of the group are played by Sara Bareilles, Renée Elise Goldsberry, Paula Pell, and Busy Phillipps so if nothing else there’s some excellent comedy and vocal talent on display.

That Damn Michael Che on HBO Max at 3:00am ET. Series premiere.

Manifest on NBC at 8:00pm ET. There are TWO episodes of Manifest on tonight so it’s your lucky night if you like Manifest or happen to be named Dustin Rowles and are watching Manifest out of some weird sense of obligation.

Grey’s Anatomy on ABC at 9:00pm ET. Meredith does seem to FINALLY be awake for real but now that we’ve established this as a storyline, I wonder how often Ellen Pompeo will try to work it into future seasons. They already paid for the (exceptionally creepy) doll that looks like her for the coma scenes! Might as well get some more use out of it.