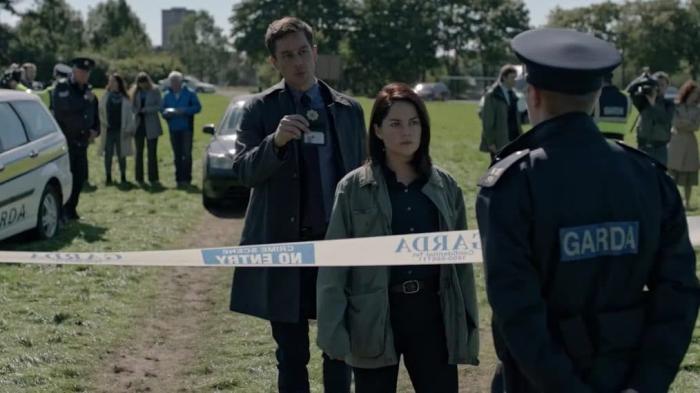 The Dark Side of Dublin Comes to Starz

Dublin Murders on Starz at 8:00pm ET. Series premiere. This series is an adaptation of Tana French’s “Dublin Murder Squad” books, specifically In The Woods and The Likeness. I am trying to figure out a way to watch this since I’m a big fan of the books, but I think that a serialized show format may not be the best way to take them on, because my favorite thing about the books is how each novel has a very different tone and even genre. I think Broken Harbor is the scariest horror novel I’ve read in years, but In the Woods and The Likeness not only share a central character but a somewhat fairytale or mythological feeling to them.

Shameless on Showtime at 9:00pm ET. 10th season premiere. Emmy Rossum is gone, but the Gallagher clan goes on, at least for now.

Back to Life on Showtime at 10:00pm ET. Series premiere. This is a British comedy about a woman returning home after serving an 18-year jail sentence. Apparently the crime she committed is unspecified at the beginning of the show, but for an 18-year sentence it must have been pretty serious.

← Box Office Report: Emergency, Paging 'Doctor Sleep' | 'Frasier' Reboot in the Works, 'The Soup' Is Coming Back, and 'Community' and 'Party Down' Revivals Are Possible →