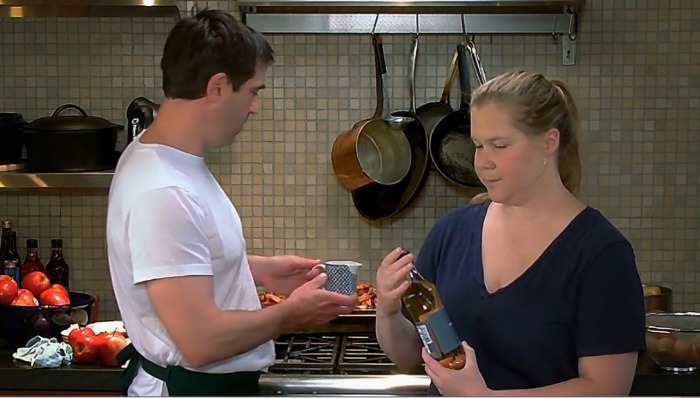 I May Destroy You on HBO at 9:00pm ET. One more episode to go on this, so prepare yourselves.

Amy Schumer Learns to Cook on Food Network at 10:00pm ET. Second season premiere. You know what all these cooking shows neglect to detail? How to clean the stack of dishes most of their recipes produce. I like a well put-together meal as much as the next millennial but not when it uses all of the pans I can fit in my tiny kitchen.

The Democratic National Convention on ABC and NBC at 10:00pm ET. Probably a bunch of the news channels too, and the coverage should be virtually indistinguishable from regular news talking-head shows since everyone is remote. What a fun, exciting time for politics in so many ways.

10 Things You Don’t Know on E! at 10:30pm ET. Tonight’s subject is Keanu Reeves and I somehow doubt there’s a full 10 things about him that have not already been passed around the internet, but I guess you can watch if you want to find out.