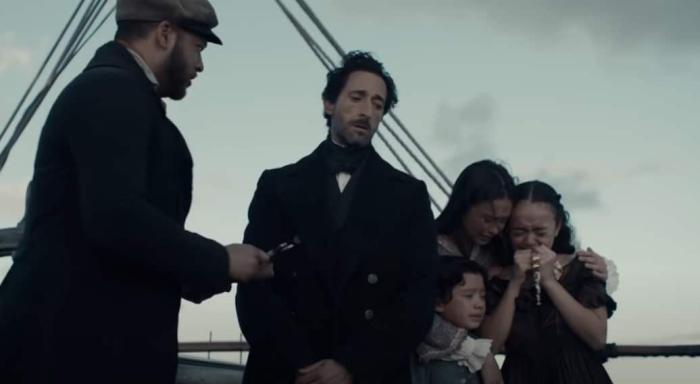 Some Brooding Brody For You This Evening?

Chapelwaite on Epix at 10:00pm ET. Series premiere. This is a new series based on the short story Jerusalem’s Lot by Stephen King, which takes place in the mid-19th century when Charles Boone (played by Adrien Brody) relocates his family to Maine after his wife dies at sea. Emily Hampshire also stars. Given that this is the setup to Salem’s Lot, some of you may know where the story eventually ends up.

Talking Dead on AMC at 10:07pm ET. 10th season premiere. Do you think after-shows like this have become more popular over the pandemic as a lot of people moved to work from home and didn’t have the chance to talk about the show with coworkers or friends as easily? It’s not exactly the same as actually having a back and forth with someone else about the show, but maybe it helps scratch the itch a bit.