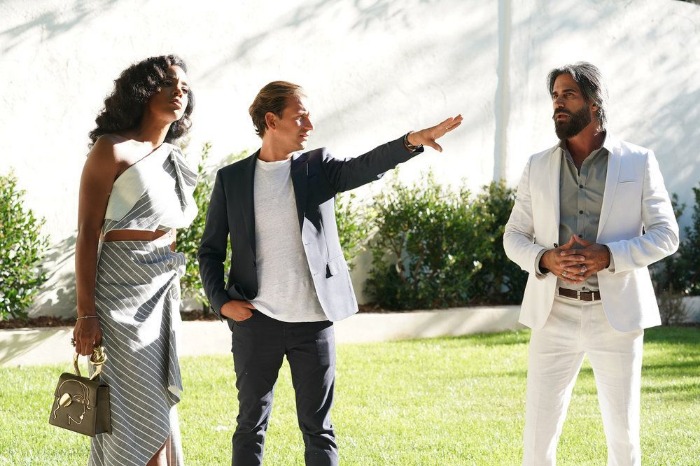 No One Knows How to Dress for House Shopping

Greenleaf on OWN at 9:00pm ET. Fifth season premiere.

Million Dollar Listing: Los Angeles on Bravo at 9:00pm ET. I know this show isn’t only about “million dollar listings” because living in a large-ish metropolitan area; million dollar houses here are what would be considered standard middle-class houses in most other areas of the country. But I guess it’s a snappier title than “Multi-million dollar listings” or “Tragicomically expensive listings” or even just “over-designed bungalows because if you’re spending a million dollars on a two-bedroom the least we can do is put up some fancy lighting fixtures I guess.”

Celebrity Show-Off on TBS at 10:00pm ET. Series premiere. This is a series where celebrities compete from their homes to see who can come up with the “the most compelling content”. Have you seen that Ja-Rule gyro commercial that started going around earlier this week? Like that. Sounds bad!

← Hannah Gadsby Teaches Us To See In Netflix Special 'Douglas' | 'Star Trek 2: The Wrath of Khan', 'T2', And Other Sequels Redditors Believe Are Better Than Their Predecessors →