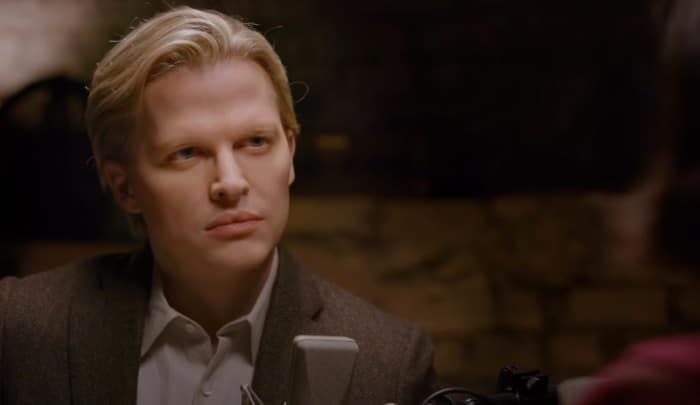 What If Someone Made a Podcast You Could Watch?

Air Jaws: Going for Gold on Discovery at 8:00pm ET.

MLB Special: 2021 Home Run Derby on ESPN at 8:00pm ET. You’ve really got your pick of athletic feats tonight, from amateur ninjas to professional sluggers, to some sharks just doing their shark thing.

Catch and Kill: The Podcast Tapes on HBO at 9:00pm ET. Series premiere. If you listened to this podcast and thought to yourself that it could only be improved upon by seeing Ronan Farrow saying the words in person, then you’re in luck because that’s exactly what this is. This is a topic that has now been explored in a book, a podcast, and a TV show, so I expect that in the next few months we’ll see a theatrical adaptation as well as a sculptural interpretation just so we can have all forms of media covered.

The Beast Must Die on AMC at 10:00pm ET. Series premiere. Televised series premiere, since this was already available on AMC+ as of last week.

← What The 'Black Widow' End Credit Scene Means For The Future Of The MCU | Olivia Jade Didn't Like Being a 'Gossip Girl' Joke, You Guys →