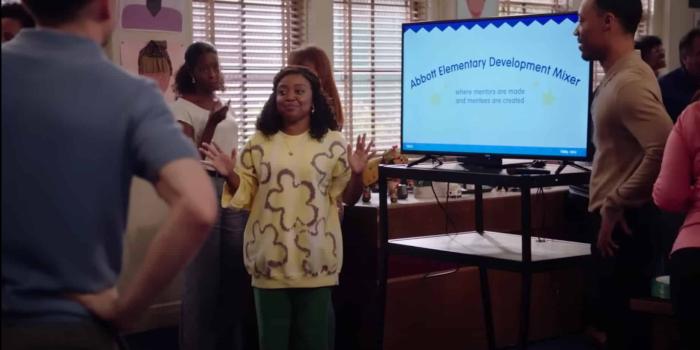 Back to School Season Comes to TV

Andor on Disney+ at 3:01am ET. Series premiere. More Star Wars stories, this time featuring Diego Luna’s Cassian Andor. This is a prequel series to the prequel film Rogue One. The timeline of these shows and movies is getting increasingly complex.

The Challenge: Untold History on MTV at 8:00pm ET. Series premiere. If you’ve been a fan of The Challenge in any of the years it has been on the air, this is for you. If you only started watching The Challenge when it came to CBS a couple months ago, this will help you understand a little of what’s supposed to be going on.

The Conners on ABC at 8:00pm ET. Fifth season premiere.

← After a Royal 'House of the Dragon' Wedding, a Bushel of Oranges Seems Rather Tempting | Would You Believe Adam Levine Messaged More Women? →