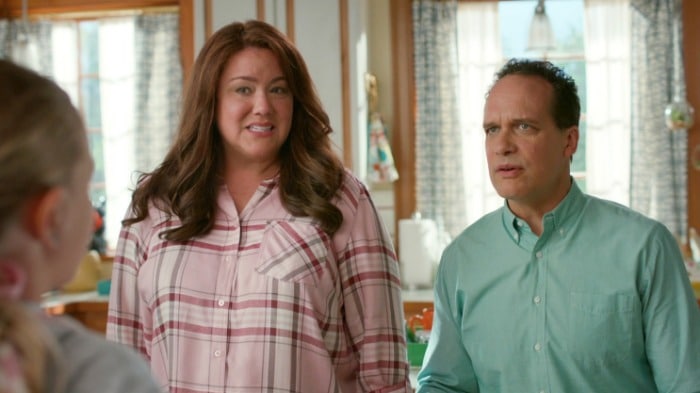 Burning Ojai: Our Fire Story on HBO at 7:00pm ET. This is a short documentary about a family’s experience with the devastating wildfires back in December 2017. It follows not only the destruction of their community but also the aftermath as they try to repair and rebuild.

American Housewife on ABC at 8:30pm ET. Fifth season premiere. I completely forgot about this show, but it’s Katy Mixon’s show where she starts as a “beautifully flawed” housewife living in a Connecticut town full of “cookie-cutter mommies and their seemingly perfect offspring.” I do feel like our standard for “beautifully flawed” has probably slipped WAY further down since sometime in March.

American Ninja Warrior on NBC at 9:00pm ET. This is the first round of the finals.

← With 'The Craft: Legacy' Dropped on PVOD, Blumhouse Shows How It Values Female-Made Horror | The 'This Is Us' Premiere Welcomes Randall's Birth Mom, Played by Jennifer C. Holmes →