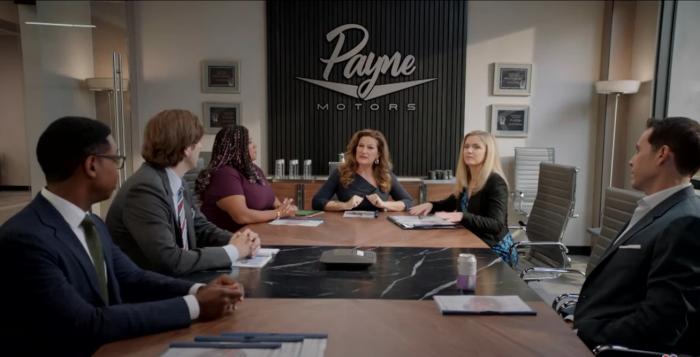 A Comedy About a Car Company, Timely!

Gordon Ramsay’s Road Trip: European Vacation on Fox at 8:00pm ET. Two-hour special presentation. They’ll be visiting Italy, France, and Scotland which is one hell of a road trip to make that last spot.

Let’s Get Merried on VH1 at 9:00pm ET. Original telefilm.

American Auto on NBC at 10:01pm ET. Special presentation. This is a new workplace sitcom set in an automobile company in Detroit headed by a new CEO played by Ana Gasteyer. The plant is surely going to be beset with a slew of hijinks.

← 'Succession' Episode 9 Recap: "Do You Want a Deal With The Devil?" | HBO's 'The Gilded Age' Trailer: Will Julian Fellows Glorify Yet Another Terrible Historical Period? →