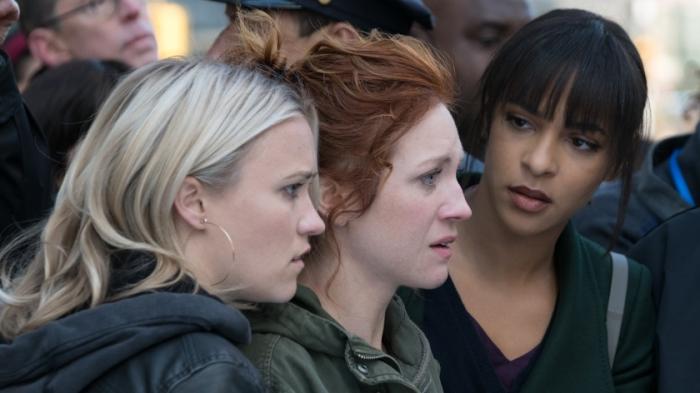 When a New Show Concept Could be Comedy, Drama, or Horror

All Elite Wrestling on TNT at 8:00pm ET. Series premiere.

Almost Family on Fox at 9:01pm ET. Series premiere. A woman finds out that her father, a pioneering fertility doctor, used his own genetic material to conceive dozens of children. This is being listed as a “drama” but all the promos I’ve seen have been playing it kind of light, so we’ll see which direction they go with it.

It’s Always Sunny in Philadelphia on FXX at 10:00pm ET.

Stumptown on ABC at 10:00pm ET. Early impressions are that I like the concept but it had some first episode quirks I did not enjoy. We’ll see if those get shaken off or doubled down on.

Crank Yankers on Comedy Central at 10:30pm ET. How do you revive this show in the cell phone era? Who still answers calls from numbers they don’t recognize?

← Toby Loses Weight on a 'Very Special' 'This Is Us' | 'Emergence': What Have We Learned About Piper This Week? →