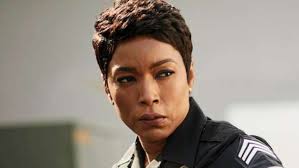 Can Angela Bassett's Glare Cure COVID? We Should Let Her Try.

All American on The CW at 8:00pm ET. Third season premiere. Like all shows set in high school, I wonder how long they intend for this series to keep going. Especially since it’s based on a real person’s life and it would be harder to just switch to a new class of recruits when the main character ages out of high school.

9-1-1: Lone Star on Fox at 9:01pm ET. Second season premiere. The 9-1-1 doubleheader is back! If you prefer your disasters immediate and absurd instead of slow-moving and terrifying but also still absurd at the same time, you have two solid hours of TV to look forward to on Monday nights.