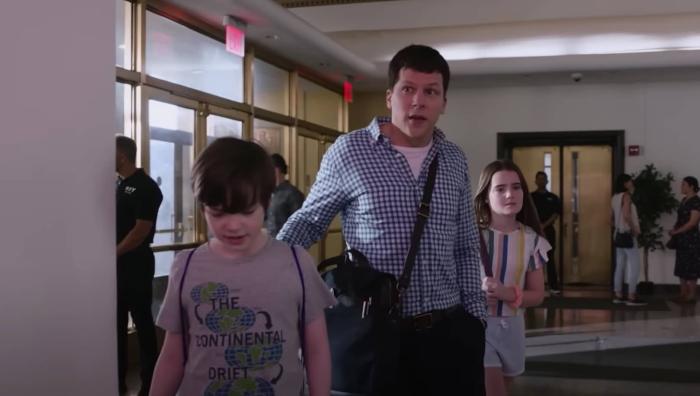 Are We Ready for Dad Jesse Eisenberg?

Fleishman is in Trouble on FX on Hulu at 12:01am ET. Series premiere. I read this book and I’m not entirely sure I want to watch this as a TV show. The cast looks great, I just don’t know that I liked any of the characters that much.

Pickled on CBS at 9:01pm ET. Two-hour special presentation. This is a celebrity pickleball tournament hosted by Stephen Colbert. Pickleball is something I had heard about 0 times in my life until sometime this summer, and since then it has picked up a sort of momentum that I am still baffled by. It also affirms my conviction that while Americans are allowed to continue inventing sports, we apparently cannot be trusted to name them. See also: “Cornhole.”


Image sources (in order of posting): FX, Hulu
Most Viewed