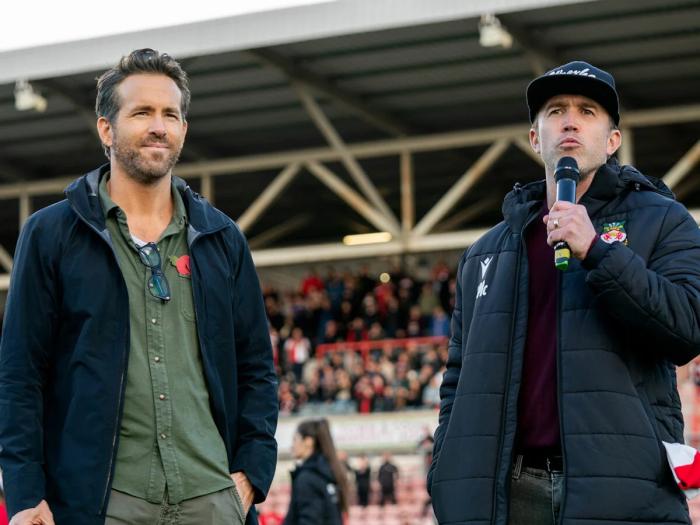 How Does 'Welcome to Wrexham' Follow the Most Exhilarating Episode of TV This Year?

There are enough people who haven’t seen it yet, and enough people who I still want to encourage to watch that I am not going to spoil anything about last week’s season finale of Welcome to Wrexham. I will just say this: The final episode may have been the most frustrating, exhilarating, enjoyable, and maddening episode of television this year. Welcome to Wrexham gets what it’s like to be a sports fan the way that Nick Hornby gets it in his brilliant novel Fever Pitch.

I understand that if you don’t like sports, you may think you won’t like Wrexham. I love sports, but I will say this: Both my son and wife — who loathe sports — adore Wrexham for the same reasons they love Ted Lasso. It’s about more than soccer. It’s about the people. The culture and in this very specific case, what it means for the city. Welcome to Wrexham digs into what soccer means to the community, and how turning around a team can buoy the spirits of an entire town, particularly one like Wrexham, which has struggled both in soccer and otherwise for more than 15 years. (For the record, our own Tori loved it, too, and she calls quarterbacks “throwy guys” and will never, ever understand the logic of a two-point conversion in football.)

In either respect, I will also say this: Like them or not, Reynolds and McElhenney — especially by the end — are the least compelling thing about Welcome to Wrexham. By the end, they’re mostly just fans, like us, only super famous and rich, and they go through the same range of emotions that we do as viewers, except it’s probably even more intense because they are invested. Financially. Up to their eyeballs.

The one other complaint that I’ve heard about the series — amid waves of enthusiasm for the show — is something along the lines of, “It’s not fair that this one struggling team in this one struggling blue-collar town is the beneficiary of the exposure, resources, and the cash infusion that two rando American celebrities with no connection to the city bring.” I don’t know what to tell you about that. I mean, there are a lot of horribly unfair things in this world. This doesn’t really rank for me, although I would love to see a second season where Hugh Jackman and Charlie Day invest in a competing team. If wealthy people are going to invest their money, there are worse things than investing it in a soccer team in a community defined by its soccer team. Jerry Van Dyke once used his resources to help revitalize the downtown square of my hometown, and maybe that wasn’t fair to the surrounding communities, but I guess there can only be one Jerry Van Dyke Soda Shop. Also, as a father of three, “It’s not fair” is literally my least favorite phrase in the English language. Life isn’t fair, but at least you can cut it with the joy of watching Welcome to Wrexham, which — by the way — will be returning for a second season.

I have no idea how it can possibly top the first season, but I’m here for it. In fact, I am so reluctant to spoil myself for the second season that I’ll probably avoid watching Wrexham on ESPN 2 this afternoon.

Have you considered #QuietQuitting today? pic.twitter.com/TseG2yS7gN