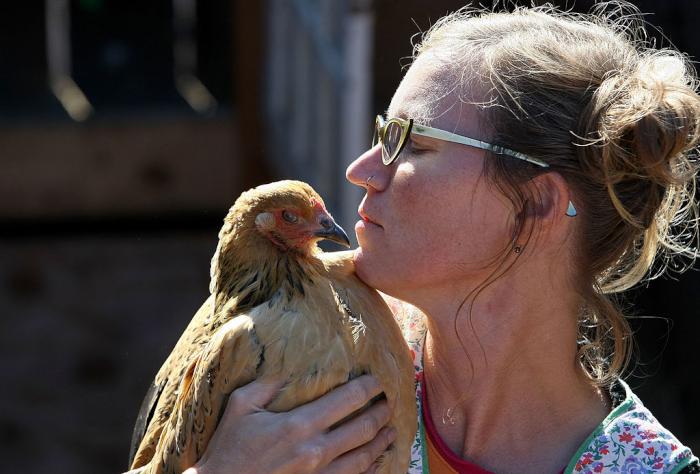 Don't Let the Feds Tell You How to Love Your Chicken

We all had a tough 2020. There we were cheerfully celebrating another successful defense against the War on Christmas 2019, recovering from a wild New Year’s Eve, preparing for a magical Valentine’s Day, when the world changed overnight. We couldn’t gather in public. We had to wear masks to kiss our wives, a clear violation of our civil liberties. No more sneezing on great-grandma or licking a random lupus sufferer. We had to remain six feet apart when we yelled at checkout clerks. First, we weren’t allowed to drink bleach, and then we were, and then “they” told us not to again, and now I honestly don’t know where my Clorox smoothie fits in. All because of a common cold virus that is no threat to healthy people despite being a supervirus concocted in a covert Chinese bioweapon lab and inflicted on the American public via chemtrails. It was a terrible time. And I think we can all agree the very worst part was a federal government obsessed with dictating an entire population’s behavior to avoid a few measly hundred thousand deaths.

Now, over a year later and five months into a Biden Presidency inflicted on us by bamboo-laced ballots (also dusted with Covid), here comes yet another overreaching federal agency intent on destroying our freedoms in exchange for public health. In the so-called “Investigative Notice” posted yesterday, the CDC warned against “kissing or snuggling your poultry.” That’s right, ladies & gentlemen; the CDC thinks they can keep you from touching your… rooster.

The CDC has its feathers ruffled over an alleged 163 confirmed cases of salmonella poisoning spread over 43 states. Now, I ask you; if chicken snuggling is so popular to spread across 43 states, but only 163 people have gotten sick, is it really such a threat to public health? Does the government really have a right to stop, say, a grown man, whose Facebook profile is predominately videos of white guys in sunglasses in their pickups emphatically talking to their phones about the perils of white replacement and fluoridated water, from affectionately petting his poultry? Because I don’t want to live in a country that lets a man choke his chicken but not caress it.

The CDC also warns poultry paramours to avoid eating or drinking around their feathered friends, which… let’s be reasonable. We all work hard — well, those of us who bothered to go back to work for $7.25/hr and all the customer abuse we can stomach. And if after a day of hard labor a man wants to come home, peel off his sweaty clothes, shower, put on some Al Green, and share by candlelight an intimate dinner featuring a lovely Orpington as companion rather than entrée, I don’t see the harm. They’re both consenting mature specimens of their respective species, and who are we to get in the middle of that? We live in a country where vaccinated people shed their 5G spores every time they walk down the street, infecting all of us with their superior cellphone signals, but a man can’t fancy his fowl without a government permit.

I’ve had it. And I know I’m not the only one. It’s time to rise up. Rise up from the bathroom floors where we lay curled around the toilet stall, weak from vomiting up everything we ate since 4th grade. Rise up on knees left wobbly from uncontrollable diarrhea. Rise up and walk a straight line despite the vertigo, a straight line that leads to CDC Headquarters. It’s time for another peaceful protest that almost definitely won’t kill any law enforcement. My fellow Americans it is time for you to decide; are you a cock-a-doodle-DO, or a cuck-a-doodle-DON’T?