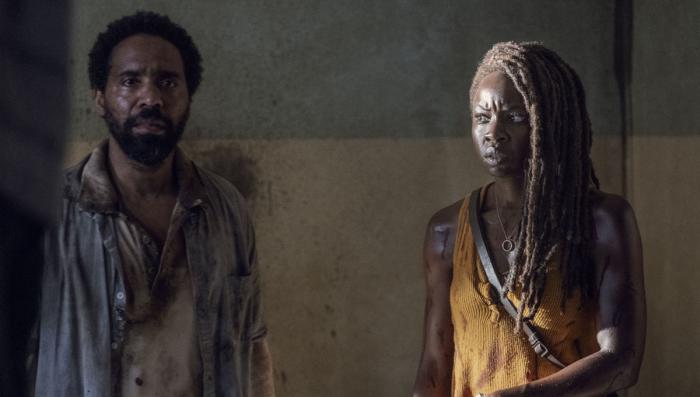 Previously on The Walking Dead: The fighting between the Hilltop crew and the Whisperers is still going, resulting in Earl taking Judith and the rest of the children away from the Hilltop and into hiding, Eugene losing his radio a.k.a. his one means of communication with Stephanie, Magna reuniting with Yumiko after pretending to be a Whisperer, and Negan capturing Lydia and informing Alpha, who has every intention of killing her because it is her destiny. This then results in Alpha getting her throat slit by Negan, and her severed head brought to Carol, who has been in cahoots with Negan this whole time.

THE STORY SO FAR: Michonne (you remember her, right) accompanies Virgil to the island in order to gain weapons that will help her against Alpha and the Whisperers, only to discover that Virgil hasn’t been completely honest with her about … well, anything and ends up being trapped and fighting for her life as a result.

WHAT’S GOOD ABOUT THIS EPISODE?: This entire episode was basically a showcase for Danai Gurira as Michonne, and everything good about this episode was because of her. Her fury at Virgil for imprisoning and drugging her followed by her mercy towards him at realizing how emotionally broken he was due to the death of his family. Her discovery of Rick’s cowboy boots and a cell phone with his drawing of her and Judith on it. And her final conversation with Judith and R.J. as she shared her hopes about Rick possibly being alive. Seeing that brief glimpse of what she would be like as a Savior, and also what would it be like if she never came to Andrea’s rescue at the end of Season 2.

WHAT’S NOT SO GOOD ABOUT THIS EPISODE?: Almost this entire episode was comprised of Michonne’s drug-induced hallucinations and Virgil lecturing her about needing to be at peace with the demons of her past, and it wasn’t nearly as interesting and compelling as the show would like us to believe.

IS NEGAN IN THIS EPISODE?: Yes. He and a few of the Saviors appear in one of Michonne’s hallucinations, and he ends up recruiting her to become his right-hand woman.

JUDITH?: Yes, and she encourages Michonne to do whatever she needs to do to find Rick, and find out if he is still alive and in need of help.

RICK?: He only appears in the episode as a hallucination of Michonne’s via footage from previous episodes, but his whereabouts still remain unknown.

JADIS/ANNE?: No. Much like Rick, her whereabouts still remain unknown.

MAGGIE?: Yes, but only in flashback/hallucination form.

IS DARYL STILL ALIVE? BECAUSE IF NOT, THEN WE’LL PROBABLY RIOT IF WE HAVE NOTHING BETTER TO DO: Yes, he’s still alive, but he only appears in this episode as one of Michonne’s hallucinations.

TO SUM IT ALL UP: This episode could’ve been a lot better considering that it was the farewell episode for one of the very best characters in the history of The Walking Dead, but it did a decent job in planting seeds for the next chapter in Michonne’s journey. Since her first official appearance in Season 3, Danai Gurira-as-Michonne was one of the most compelling things about the show and kept many of us tuning in every Sunday. Her skills with her katana, her refusal to put up with anyone’s bullshit, her ability to convey many a thought and emotion with just a look or a head nod, Gurira has long been a godsend for those who make The Walking Dead and those of us at home who watch it.

…it would always leave me (and many others, I’m sure) looking at the screen like this.

Danai Gurira has long been proving how immensely talented she is through her work as Michonne on The Walking Dead, as Okoye in Black Panther, and her groundbreaking work as a playwright (which included her working alongside an incredibly talented director named Liesl Tommy, whose brother is rather well-known around these parts), and I truly can’t wait to see what she does next. 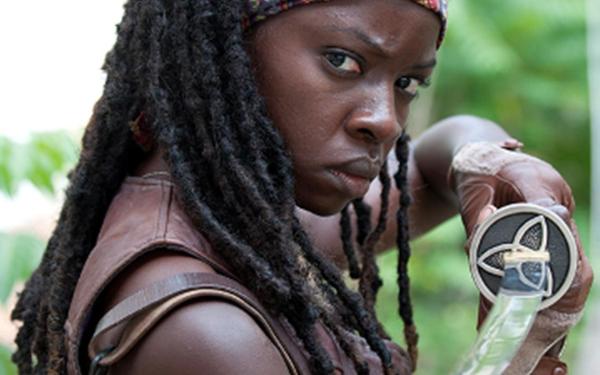 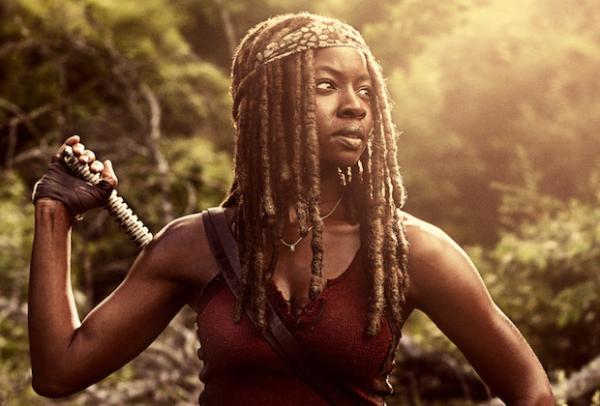 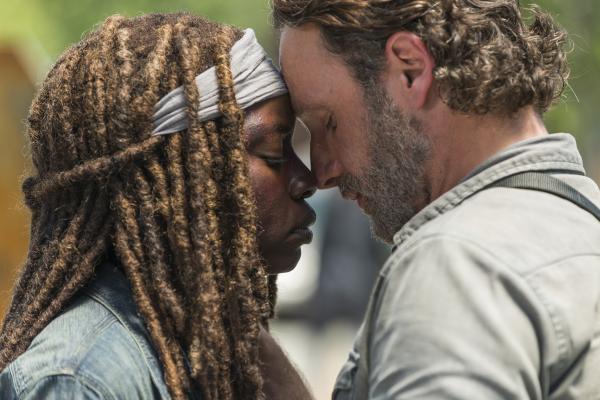 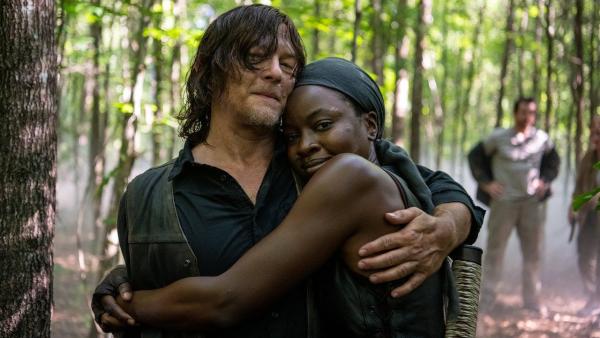 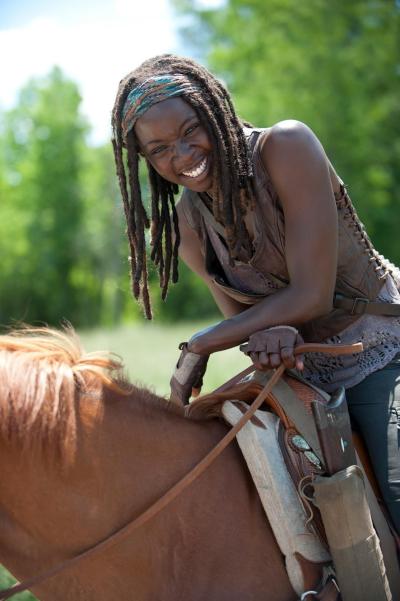 To my #TWD Family pic.twitter.com/KEEG80xeBw

The text from Danai’s farewell letter to The Walking Dead cast, crew, and fans can be read below.

“Is it possible to feel your heart is broken and overwhelmed with love all at once? Leaving Michonne was one of the hardest things I have ever done. I am so grateful for the kindness, beauty, and generosity of love that I have received over the last couple days. I have change and grown living in this role which has been one of the greatest privileges of my life to play. The astounding Walking Dead fandom who supported the characters we created and the world we strived to bring to life are the ones who made this incredible journey. possible. To receive so much love from you means everything to me.

Thank you to the amazing cast and crew I had the pleasure and honor to work with to tell this tory. SO many incredible human beings. I leave knowing with every ounce of my being how hard it is to find that type of community and connection. People who have your back, true collaborators who are pursuing the story above all things and who are pouring it out with love and abundance.

The balm in it all is this amazing family I have gained. Everyone, from Andy Lincoln to every last faithful fan, everyone is #TWDFamily, and I am so thankful for that family. And I know it never stops. We will continue to grow and be together in various ways along the journey. We have touched each other. And so, it never ends.

Thank you so much for the videos and tributes; for all the messages of love and support. For sharing what Michonne meant to you. They have enriched me so much during this difficult time in the world. I cannot express my love and gratitude enough.”

This episode of The Walking Dead has been brought to you by “I Will Find You” by Clannad:

And by “Get Here” by Oleta Adams:

← Of Course Woody Allen's Memoir Has Been Picked Up By Another Publisher | Review: 'Miss Fisher and the Crypt of Tears' is Flirty, Subversive Fun →