Reddit Asks the Question: 'Women of Reddit, What is Something Men Do That They Think is Attractive But Really Isn't?'

There was a bloke I once knew who was convinced that the route to being maximally attractive to the most amount of women was lined with an eye-watering amount of aftershave/cologne. As far as he was concerned, this was as close as it got to a clinical approach to flirting. Not good conversation, not a charming manner. No. Instead, scent. But, like, all the scent. Slathering himself in various smells as if he was the only surviving victim of a tragic Old Spice factory explosion, he would waft into the pub on the tide of his own olfactory war crime, announced ahead of time by a fell voice on the wind. He maintained, for as long as I knew him, that this was a surgical strike straight to the cerebro-erogenous bullseye of A Woman’s subconscious.

Anywho on that note, here is an AskReddit thread, in which Reddit asks the question: ‘Women of Reddit, what is something men do that they think is attractive, but which really isn’t?’ You can check out the full thread here, but below are some highlights: 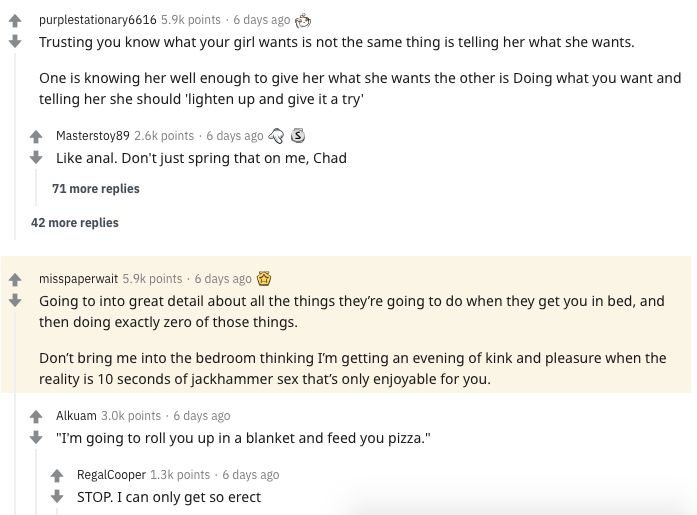 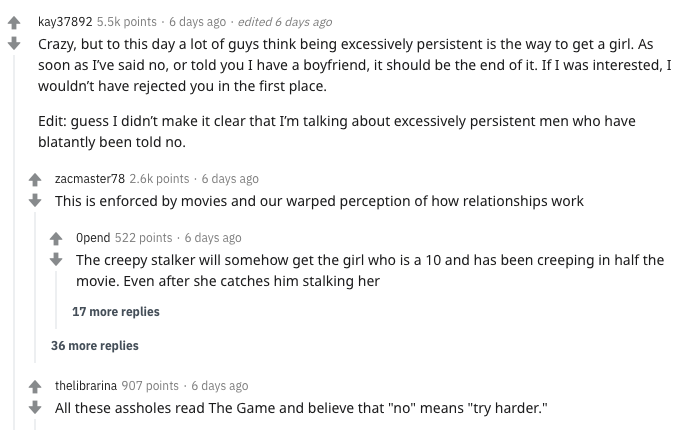 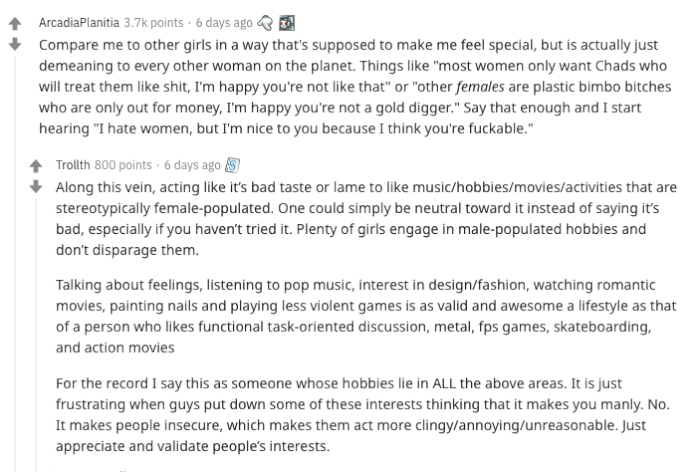 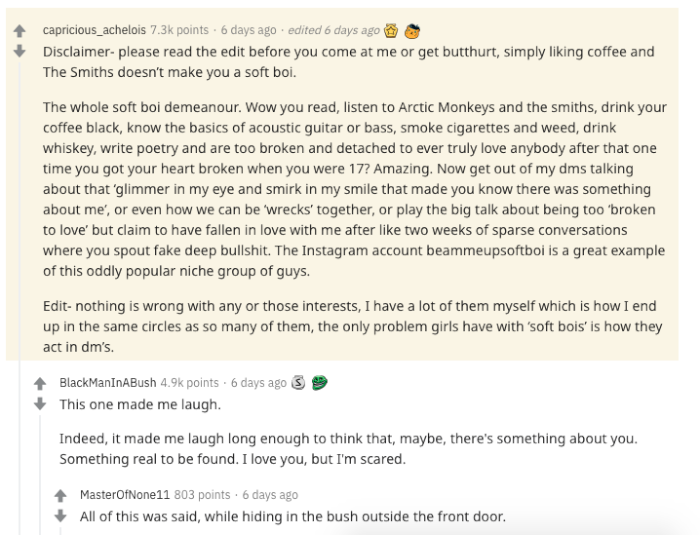 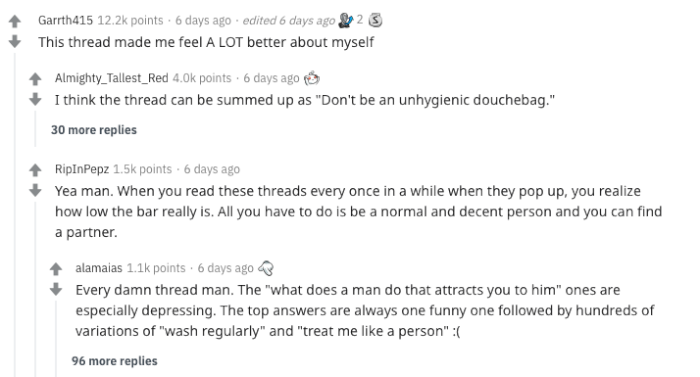 ← Your 8 Billionth Reminder That Republicans Really Want to Sacrifice Our Lives for the Economy | 'SNL' Is Back, and The Cuomo Brothers Are At It Again →