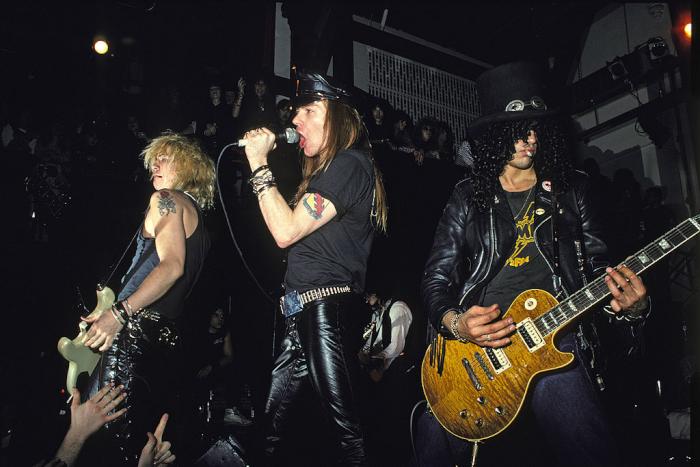 Reddit Asks the Question: 'What Is Your Misheard Song Lyric Of Choice and When Did You Realise You Were Wrong?'

Guns N’ Roses’ 1987 masterpiece ‘Appetite For Destruction’ is without a doubt one of my favourite albums of all time. A raw and menacing rejoinder to the prevailing poodle-soft hair metal trends of the time, the band’s debut was an electrifying bolt from the blue, and it still remains one of the best-selling albums of all time. There isn’t a weak track on the album—well, apart from ‘Anything Goes’—but even that rare misstep serves a powerful function in setting the scene for arguably the best song on the whole record. Yes, that’s right: ‘Rocket Queen’. I said it. Not ‘Welcome to The Jungle’. Not ‘Paradise City’. Not ‘Sweet Child O’ Mine’. Eternal bangers they may all be, but for those really in the know, we know. It’s ‘Rocket Queen’ all the way.

But I could talk about ‘Appetite For Destruction’ all day. What I’m actually here to do is provide some context to an AskReddit post. Specifically one about misheard song lyrics. And my entry to that doesn’t come from Guns N’ Roses’ lean and perfect debut; no, rather it hails from the record that is the exact opposite of lean: ‘Use Your Illusion I’. It’s popular wisdom that if you trimmed the fact and combined the best of the bloated one-two punch of ‘Use Your Illusion I’ and ‘Use Your Illusion II’ into one album then you would get something that starts to look a lot like one of the greatest hard rock albums of all time. But that’s not the world we live in. We live in Axl Rose’s world. And that’s the world in which all that bloat was 100% necessary—certainly at the time anyway. There’s not many songs on the two albums that typify the band/Axl’s excess of those years than ‘November Rain’, which is where my misheard lyric entry comes from (it’s still a banger, but it’s a long way away from what the band started as). The fourth verse of ‘November Rain’ goes like this:

I spent years and years of my youth convinced—even while simultaneously knowing that it couldn’t be true—that in the last line Axl says: ‘Roger send a pumpkin in the cold November rain.’

It would be an interesting twist to the rest of the story if that’s actually what was being said, but sadly reality doesn’t always live up.

You can check out the misheard song lyrics thread in its entirety here, but below are some highlights:


← After Six Years, 'Undertale' is Still One of the Greatest Games Ever Made | Will 'Squid Game' Turn Your Kid Into a Sociopath? →