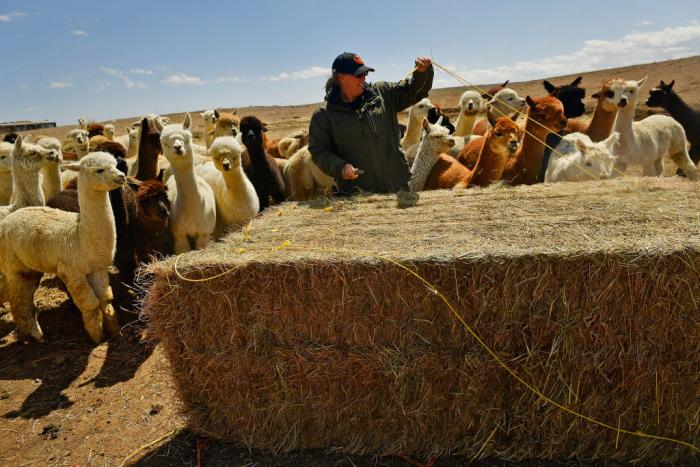 Reddit Asks the Question: 'What is the Stupidest Injury You've Ever Gotten?'

I’ve injured myself in some pretty dumb ways in my time. Not so much as an adult—though still a few come to mind—but definitely as a kid. I think my favourite injury is one I still carry the scars of to this day. I must’ve been about 6 or 7. I had a group of mates round my house, all roughly the same age. All the adults had decided to go somewhere for the day, and so they had corralled us all into one place and left one of the older kids to look after us. I think he was about 16 or so. And he was a smoker. I was fascinated by his lighter and kept asking if I could play with it. Naturally, being responsible enough, he consistently refused. I wouldn’t take no for an answer though, and so while all of us were outside in the garden I lured him into the shed, nabbed the lighter out of his hand, darted around him and straight outside, and quickly locked the shed door behind me, leaving him trapped, helpless, behind wood and glass. Enraged that he’d been outwitted by a dumb kid, he banged on the door, shouting against the glass for me to let him out. ‘Before you hurt yourselves,’ as he put it. Naturally I didn’t heed that, and instead I proceeded to gloat by laugh and play with his lighter right in front of the shed door so he could see how much he failed at looking after us and keeping the fire away. And then I set my finger on fire. I’m not sure how, or why the flame was in place for so long to cause scarring that’s still obviously apparent almost thirty years later, but after I’d ran screaming to the garden hose to soak my hand in cold water I returned and unlocked the shed and gave him back his lighter, cursing karma and her instant ways.

Reddit pondered these kinds of dumb injuries the other day when it asked the question ‘What is the stupidest injury you’ve ever gotten?’ You can check out the full thread here, but below are some highlights: 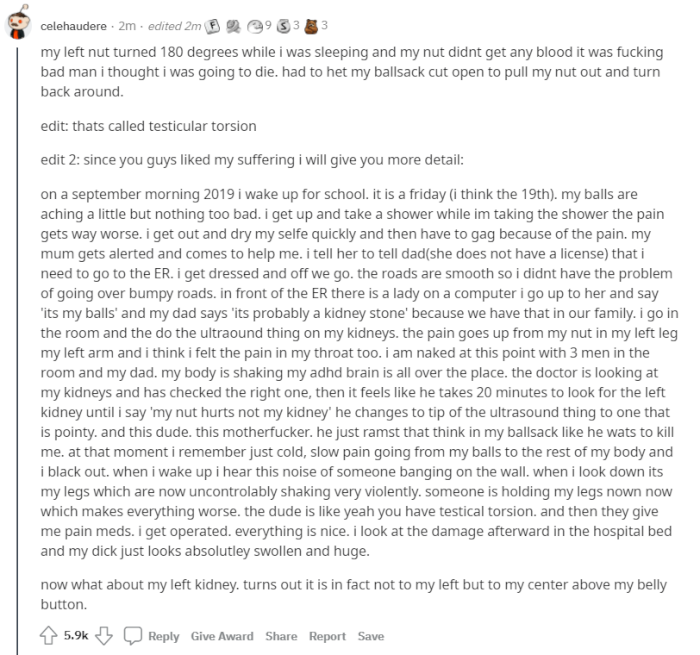 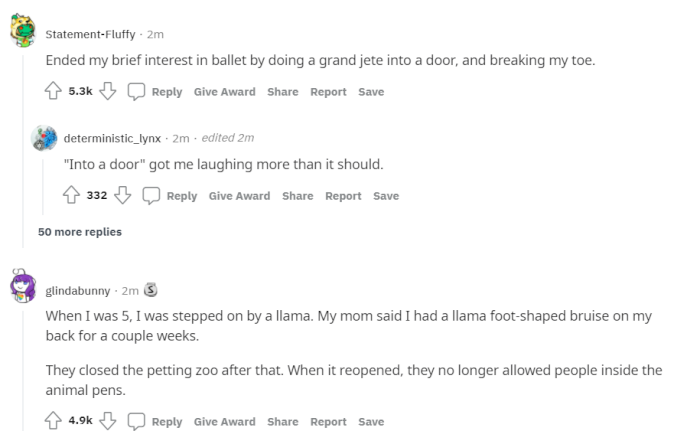 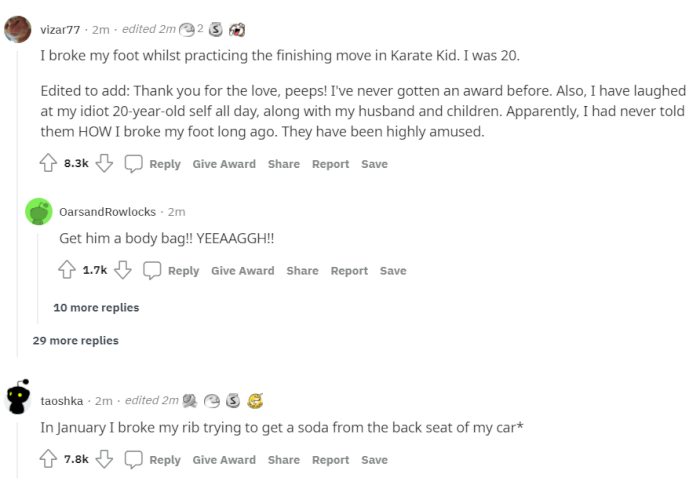 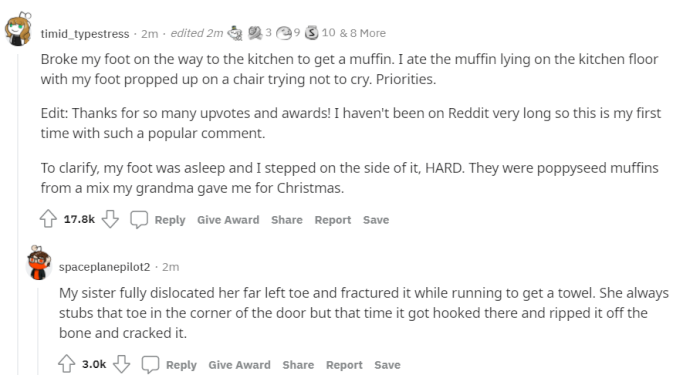 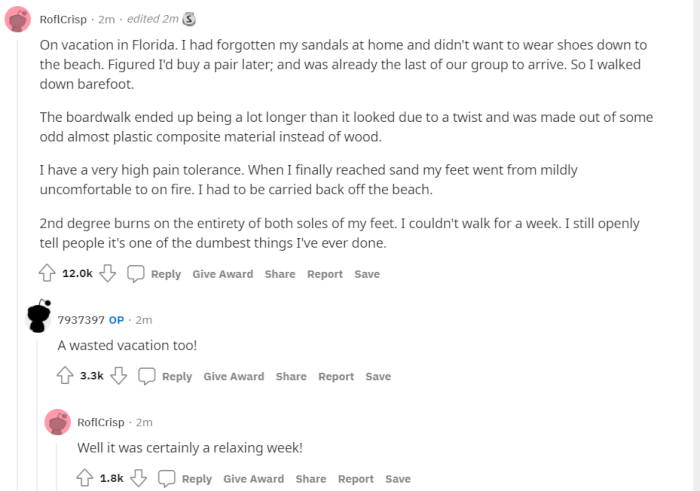 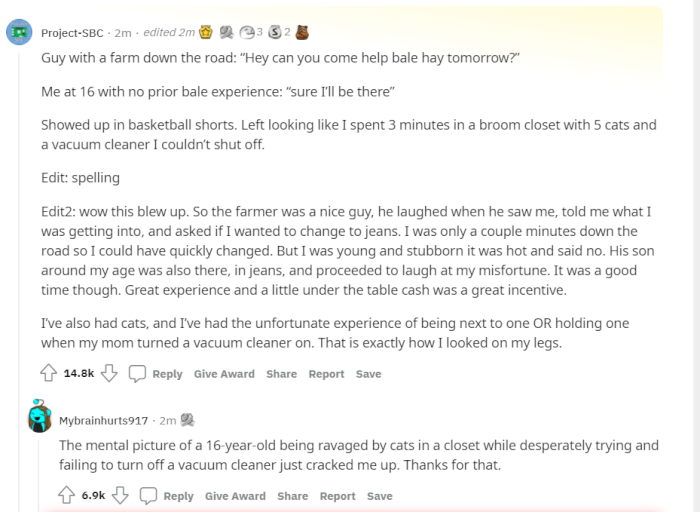 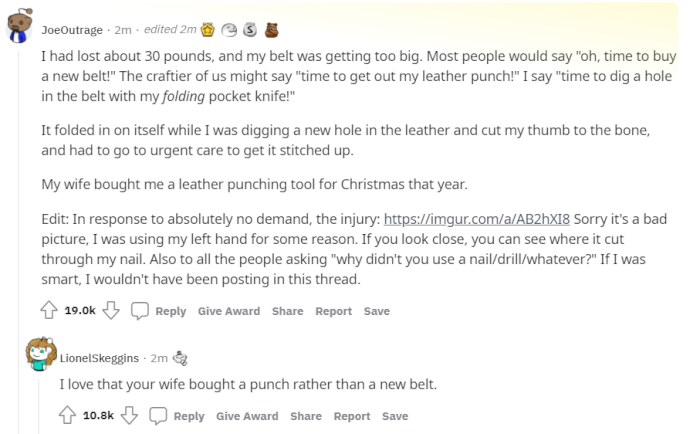 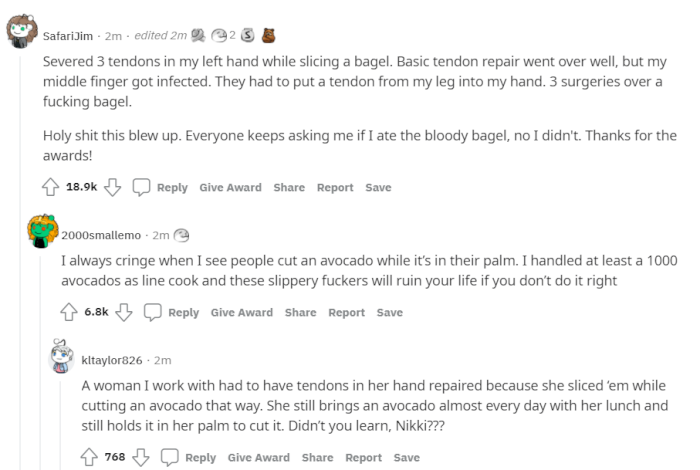 ← John Oliver Delivers A Kind F-You To The Sackler Family | An Assortment of Good Environmental News, Because After the IPCC's Report, It'll Do →