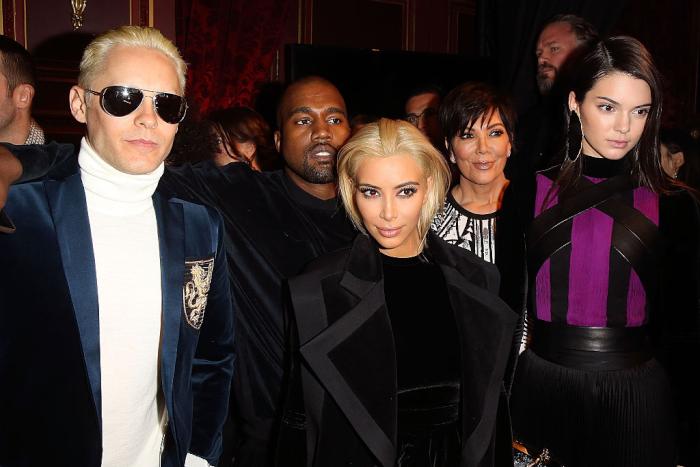 Reddit Asks the Question: 'The 2010s Will Be Over in 4 Months. What Do You Think the Decade Will Be Remembered For?'

One of the manifestations of my oft-crippling climate anxiety is the lens it makes me view not just the future through, but also the present. Naturally the main anxiety is for what is to come, but by virtue of being hyper aware of storm that is building, you become hyper-sensitive of how the present will seem from the vantage point of a future ravaged by that storm. It makes me think of the great Michael Shannon’s incredible Jeff Nichols movie, Take Shelter, which if you haven’t seen, you should as soon as possible.

Reddit pondered the question of how this decade, that is—shockingly, to me anyway; where the hell did all those years go?!—now gliding through its final few months, will be seen once we all look back. You can check out the full thread here, but below are some highlights: 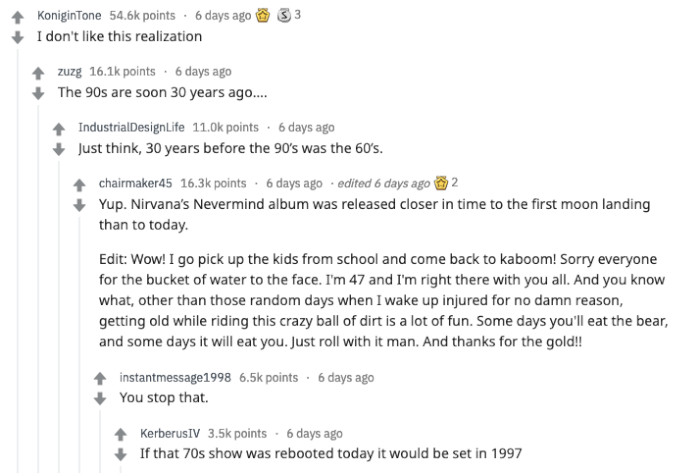 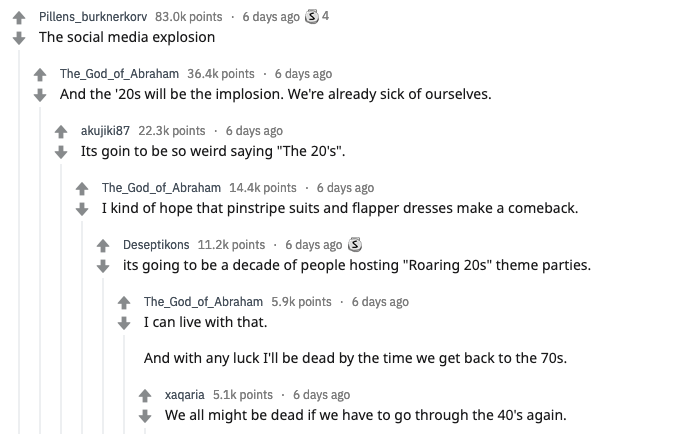 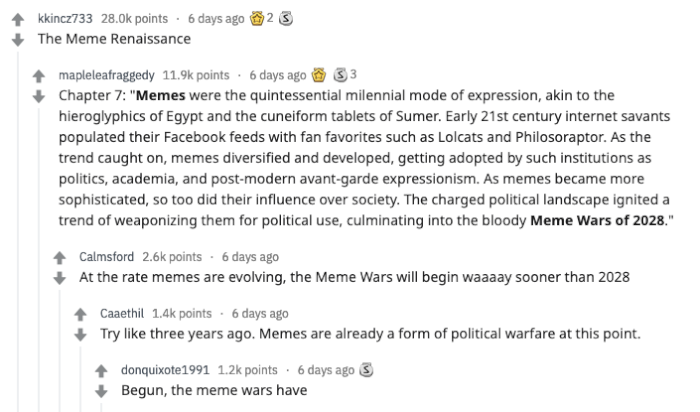 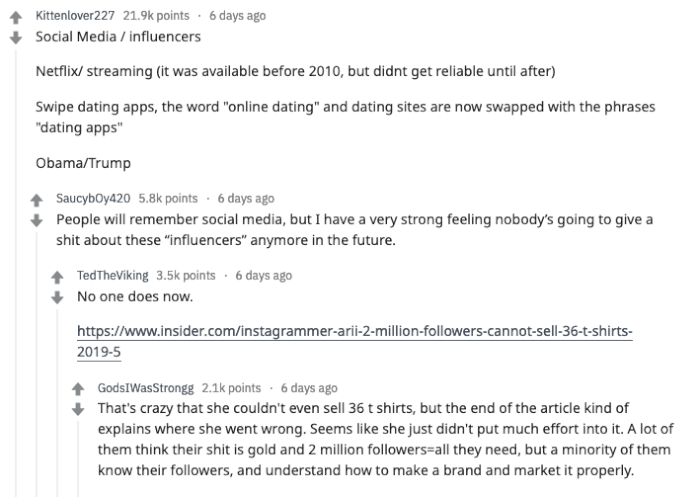 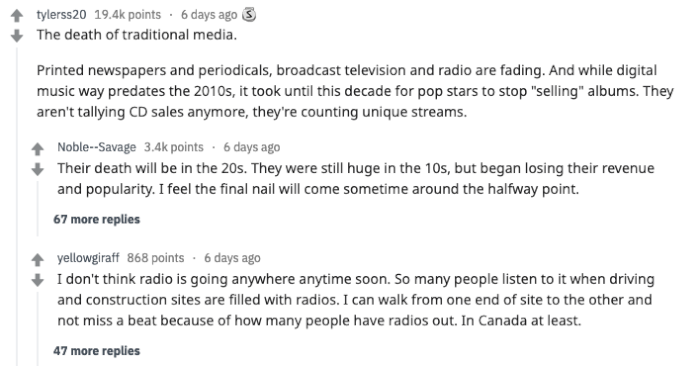 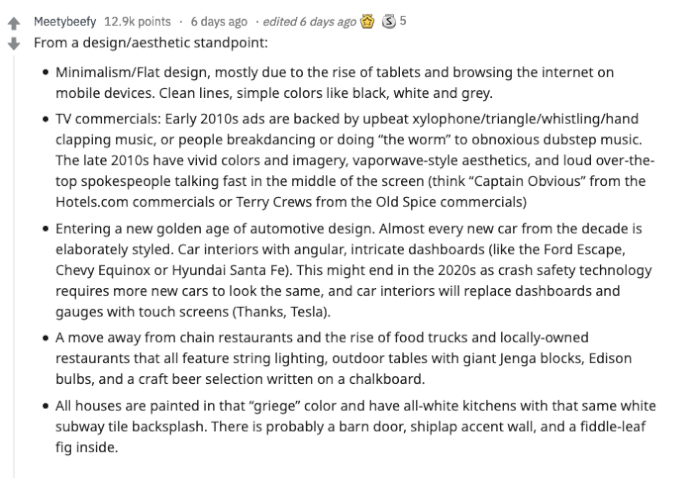 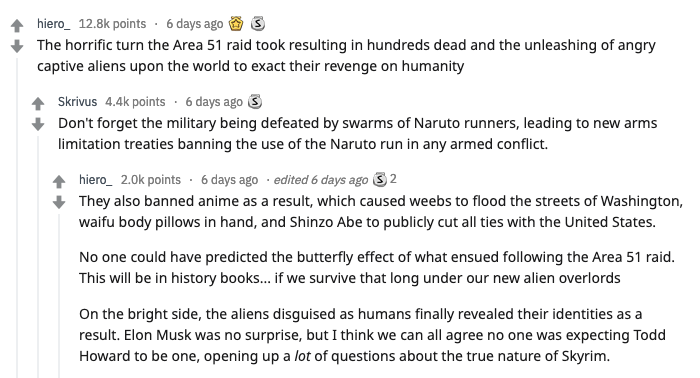 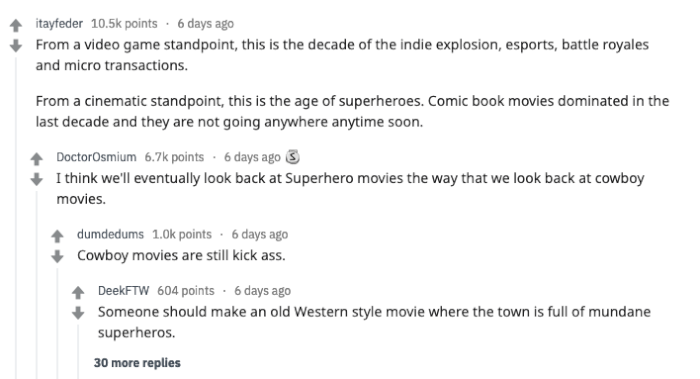 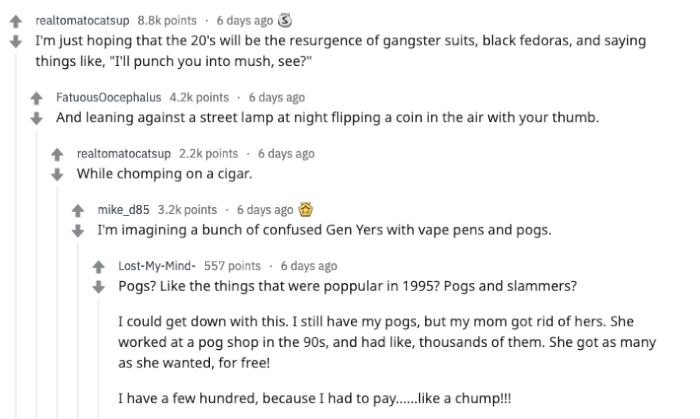 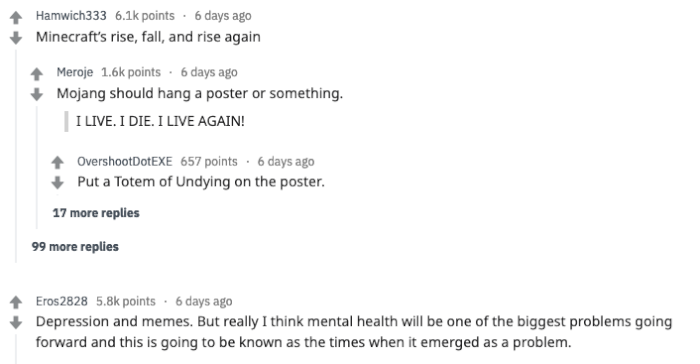 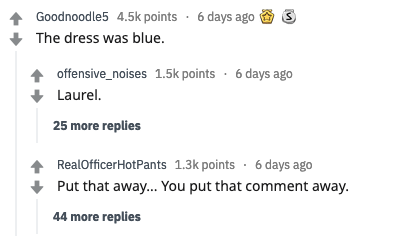 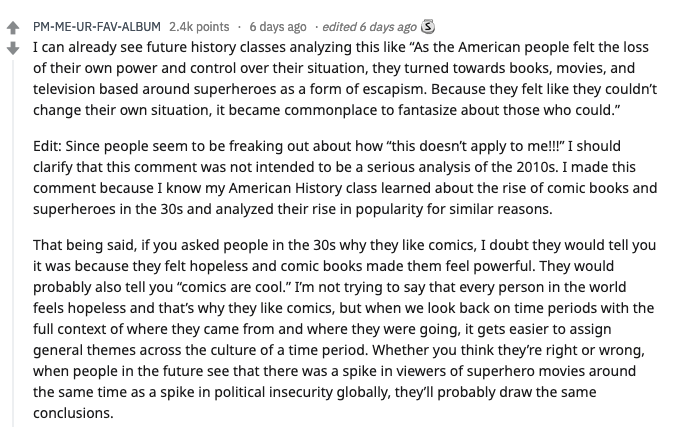 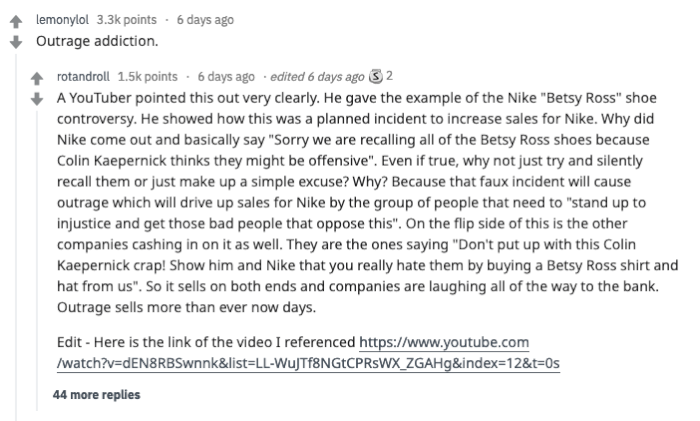 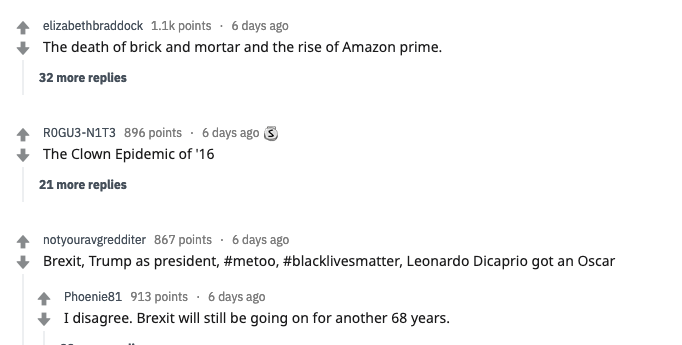 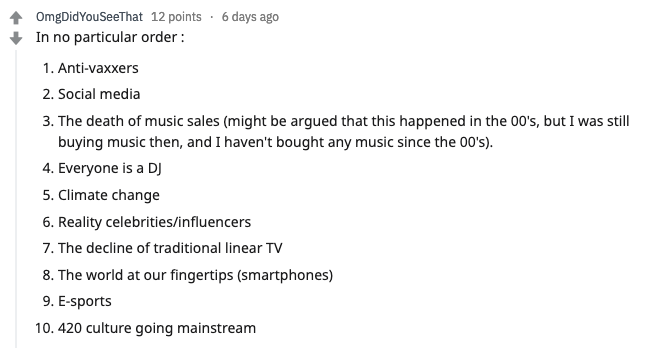