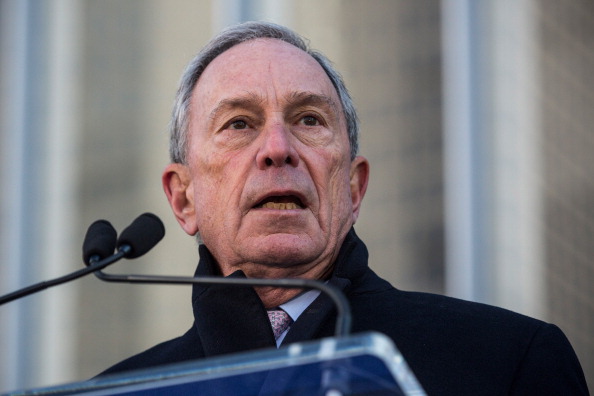 You All Know that Mike Bloomberg Is Gonna Win, Right?

Most of the folks who read this site regularly know that I come from filthy poor white trash. We come from trailer homes in WalMarts [sic] country where you’re lucky if you still have your teeth when you are 40. I’m not sure how old my mother was when cigarettes and Mt. Dew cost her her teeth, but she has a brother — my uncle — who spent a few years in prison for selling drugs, married the same woman twice, and now he’s basically a janitor. It’s honest work, so good for him. But here’s what’s surprising about my uncle, who lives in Arkansas. If you check his Facebook page, it is littered in Mike Bloomberg posts and memes. 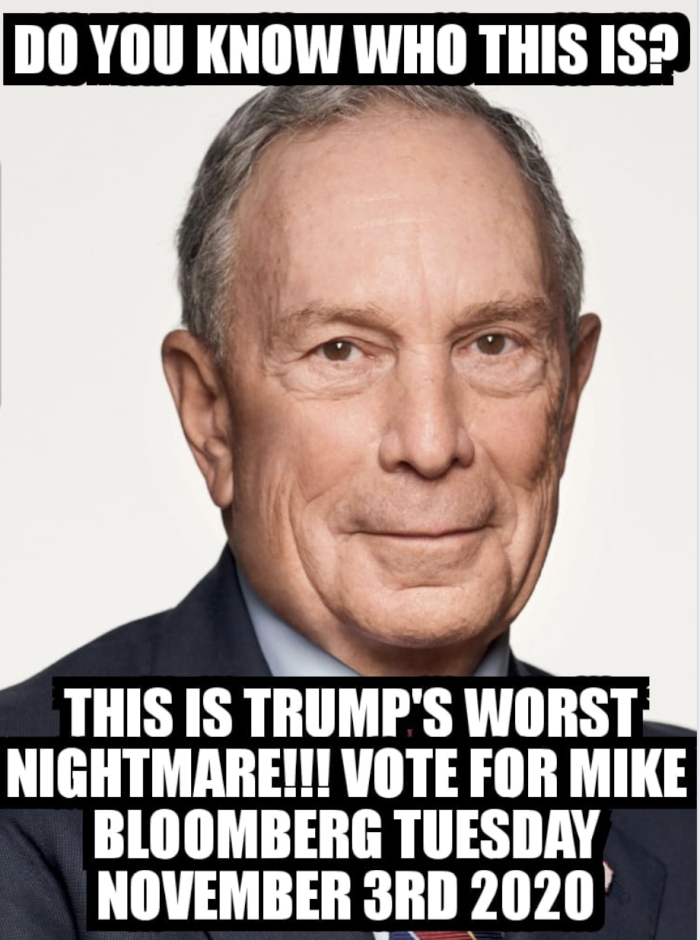 What? My uncle, a janitor from Arkansas who has spent years in prison, is all in on a billionaire former mayor from NYC. What the f**k? When my wife saw that on his Facebook wall, it’s when she knew that Mike Bloomberg would be the next President of the United States. I knew when I read this piece on The Root this morning:

In that piece, after recounting Bloomberg’s horrible track record when it comes to the rights of Black people, Michael Harriot writes:

For many black people, the prospect of an unchecked, second-term white supremacist outweighs the choice between Medicare for All and a public option. It’s heavier than student loan forgiveness or foreign policy. It’s bigger than all of the economic proposals and tax plans combined. It’s not even that people don’t think the other Democratic candidates can defeat Donald Trump. We just don’t know if they can defeat the overwhelming self-interests of white people.

No, Michael Bloomberg isn’t a great candidate, but when it comes to someone who can beat Trump, in many ways, he is the same kind of white man. And, while fighting fire with fire seems like a stupid idea, people are sometimes willing to do anything when their house is on fire. Maybe his campaign slogan should be: “I mean…It’s worth a shot.”

The degree to which Michael Bloomberg is using his fortune to fundamentally alter & manipulate U.S. politics to his personal advantage extends way beyond ads. I've worked against him, covered him as a journalist & worked with his top aides. Here’s their playbook: (1/17)

It’s a long one, but insightful. But the tl;dr is this: Michael Bloomberg is going to buy the Presidency. He’s got enough money to do it, too. Hell, he could spend $1 billion of his own money, and it would mean nothing to him. It would amount to 1/61th of his fortune. But he doesn’t use that money just to blanket the airwaves with commercials, although he does do that, too. He also uses that money to hire the best campaign staff. He can probably buy 3 Brad Parscales. He caters campaign events with free food. He uses that money to support other candidates; for instance, Black candidates who won’t criticize him about stop and frisk. He spent $110 million on 24 Congressional candidates in 2018, and now they love him. He pours money into nonprofits, many of which will come out and support his campaign. He can pay Republicans to shut up. And if the media starts piling on Mike Bloomberg, all he has to do is … air more ads that contradict the media on the very same stations that criticize his record. He can even pay influencers on social media to support him. Dude bought FuckJerry! Who needs Facebook ads, when you can pay people on Facebook to support you?

The CEO of the company behind the Fuckjerry account is lead strategist of Meme 2020, the group Bloomberg is working with to run his social media campaign. https://t.co/ZbgTlsd7o3

A couple of months ago, we were mocking this guy and his chances. Now he’s basically third in the race where no one else has pulled away and he is rising. Trump is mocking him out of fear. Bloomberg hits him right back.

.@realDonaldTrump - we know many of the same people in NY. Behind your back they laugh at you & call you a carnival barking clown. They know you inherited a fortune & squandered it with stupid deals and incompetence.

I have the record & the resources to defeat you. And I will. https://t.co/fO4azmZaUg

It’s a relief, I suppose, to know that Donald Trump won’t be the President next year, but jaysus, as wealth in this country is increasingly concentrated in the hands of the few, it looks like those same people — with the ability to control the media and buy and sell favor — will be the ones who continue to wield all the power. The Presidency won’t go to the most qualified; it’ll go to the wealthiest, regardless of their politics. That may end up being just as dangerous.