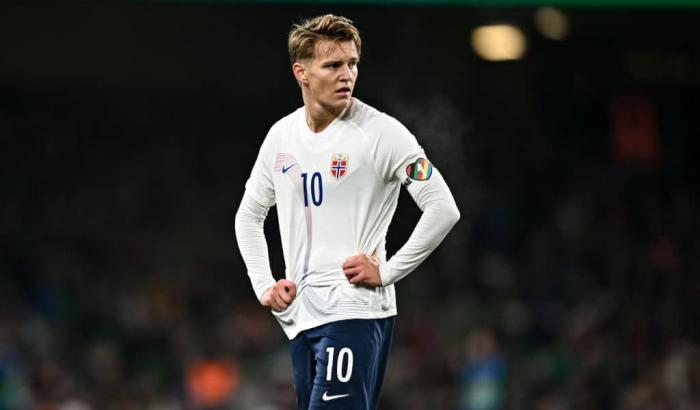 FIFA and the 2022 World Cup Continue to Be Awful

The 2022 World Cup has officially kicked off in Qatar, and if FIFA was hoping that the biggest football tournament on the planet would finally get people to shut up about all of the corruption and bigotry, they were wrong. Here’s how the BBC opened their coverage of the event.

This is how BBC opened coverage of World Cup 2022. Stark contrast to Fox Coverage in United States. Please take a minute to watch. This is how this World Cup should be contextualized 🙌 pic.twitter.com/36HtKOX26w


Of course, a hell of a lot of people are still sticking their heads in the sand or, at the very least, quietly shaking their heads at all of the drama while going with the flow. I get that this must be a weird situation for many players who have spent their lives waiting to compete for their country. They don’t want to rock the boat. To put it bluntly, a lot of them are too rich and privileged to worry about little things like politics, the threat of arrest for queer people, and the deaths of migrant workers.

Some players have decided to show their support for LGBTQ+ people with the tiniest of protests in the form of OneLove armbands. It’s not much but it’s still too much for FIFA. Now, as reported by BBC News, England, Wales, and other European nations will not wear the OneLove armband because of the threat of players being booked. A joint statement from seven football associations — England, Wales, Belgium, Denmark, Germany, the Netherlands, and Switzerland — said that they had been forced to make the decision by FIFA, ‘which we believe is unprecedented.

‘Fifa has been very clear that it will impose sporting sanctions if our captains wear the armbands on the field of play. We were prepared to pay fines that would normally apply to breaches of kit regulations and had a strong commitment to wearing the armband. However, we cannot put our players in the situation where they might be booked, or even forced to leave the field of play.’

FIFA’s response is also armband based, with very helpful campaigns such as #NoDiscrimination, #BeActive, and #SaveThePlanet. How edgy. Really putting themselves out there, eh? Totally makes up for the accusations of bribery and all of the abused workers who died building those stadiums.

FIFA have made it clear that they think kicking a ball around is more important than human lives. Actually, to be more specific, they think the vast amounts of money to be made from the sport is the most important thing in the world. It’s made a lot of people very rich. The buck stops with FIFA. But I must admit that I’m kind of sad that the teams competing have decided that going along with the tournament is somehow helpful. Isn’t the point of a protest to kick up a fuss? Sure, it would suck to be booked at the World Cup, but if you’re doing it when the stakes are really high, doesn’t that matter more on some level? If FIFA has decided that showing the most basic form of support for queer people’s right to exist is a bookable offense, then surely it matters to take a side on that? I’ve seen footballers happily risk a yellow card to take a convenient dive or tussle with an opponent, but they won’t risk it to stand up for human rights in the most basic manner possible? Pathetic.

It doesn’t end here either. Consider how, last year, Newcastle F.C. was purchased in a major takeover in part by the Saudi Public Investment Fund, a move that was called out by the fiancée of murdered journalist Jamal Khashoggi. Sportswashing is what happens when sports are used as a way to clean up a tarnished political or personal reputation. It’s corporate sponsorships of football teams to make them seem cozier than their business practices would suggest. It’s Qatar Airway’s sponsorship of Bayern Munich or Shell Oil’s recent partnership with British Cycling. It’s Russia hosting the Winter Olympics and 2018 World Cup amid massive anti-democratic dangers. It’s the sheer amount of money Formula One has taken from Qatar, Saudi Arabia, Russia, and various dangerous countries over the decades. It’s David Beckham making millions from a deal with Qatar to promote it as an ideal holiday destination.

Frankly, way too many sports fans either embrace this stuff or just overlook it because they don’t see sports as political (they’re usually the same people screaming about footballers taking a knee.) The World Cup sells itself on mealy-mouthed buzz phrases of unity while taking money from dictators. Most people don’t want to be mildly inconvenienced with reminders of corruption, brutality, or murder. And as long as there are millions of dollars to be made from perpetuating this status quo, nothing will change.

F*ck FIFA but also f*ck all of these cowards.