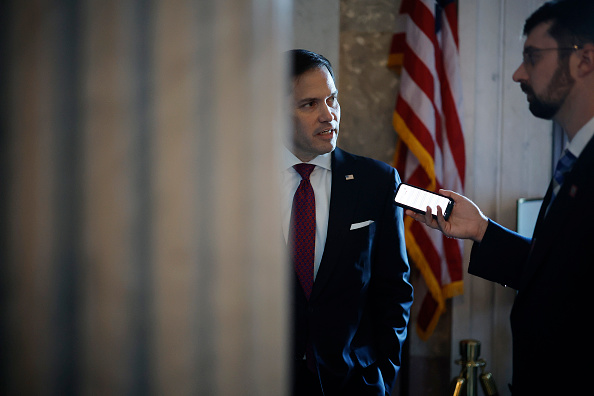 Will the Senate Codify Same-Sex Marriage?

After the Supreme Court abolished Roe v. Wade last month, Clarence Thomas suggested that the ruling in Dobbs could also pave the way to reverse gay marriage (among other things, such as a Constitutional right to contraception). He’s not wrong, because if the ultraconservative majority on the Supreme Court used the same misguided reasoning it did in Dobbs, it could essentially nullify all the privacy rights the Brennan Court provided under the penumbra of the 14th Amendment. Moreover, if the Court used both the Framers’ intentions, as well as historical traditions in America dating back to the 1800s, well, gay marriage didn’t exist back then, which of course tells you that — according to their originalist beliefs — the Constitution is not a living, breathing document. It is trapped in the amber of 1789.

Therefore, regardless of what GOP Senators Marco Rubio (“It’s a waste of time”) or Mitt Romney (“I do not see the law changing”) might say, the threat of the Supreme Court abolishing the federal right to same-sex marriage is real. The Supreme Court very well could leave it up to the states, and while I’d like to think that most states would allow gay marriage in 2022, there’s a huge swath of America in the deep red South that very well could redefine marriage as between one man and one woman.

So, yes: It is important to federally codify same-sex marriage because that would take it out of the Supreme Court’s hands. It would mean that Justices Scalia Jr., Coke Can Pube, White Protestant, Date Rape, and Handmaiden couldn’t strip those rights away.

The good news is: The House passed a bill codifying same-sex marriage, and about 10 percent of Republicans voted along with Democrats, showing some real bipartisan support. The bad news is that the Senate needs more than 10 percent of its Republican members to vote with Democrats. It needs 20 percent (or 10 Senators).

Over 70 percent of Americans now support same-sex marriage, so you might think that this would be an easy vote. I mean, honestly, Rubio: You live in Florida, for God’s sake, and you’re up for reelection against someone who is kicking your ass at fundraising (Val Demings, holla). So far, however, only four GOP Senators (Collins, Murkowski, Rob Portman, and Thom Tillis) have committed to a yes. Eight Republicans, all in the South, have committed to voting no.

That leaves 38 undecided. We just need six more. Unfortunately, almost every undecided is from a conservative state (save for the outgoing Pat Toomey in Pennsylvania, the outgoing Richard Burr in purple-ish North Carolina, and Rick Scott in the purple-ish Florida). But it says something that the undecided Tommy Tuberville in deep-red Alabama says that “I think people ought to have freedom to do what they want. It’s a free country.”

So, what are the odds of getting 10 Republican Senators to support very popular legislation in a midterm year? I’d say 60/40. Schumer, who at one point thought the bill would not even come up for a vote, says that he is committed now to bringing it up and that he’s trying to gain the 60 necessary votes to get beyond the filibuster. I would expect that a number of Republicans will stonewall, saying exactly what Romney said: That same-sex marriage is legal, they don’t see the law changing, so there is no need to vote on it. It’s the same thing a few moderate Republicans said about abortion before Roe was overturned. Under this Court, the status quo is not to be trusted.

via The LA Times