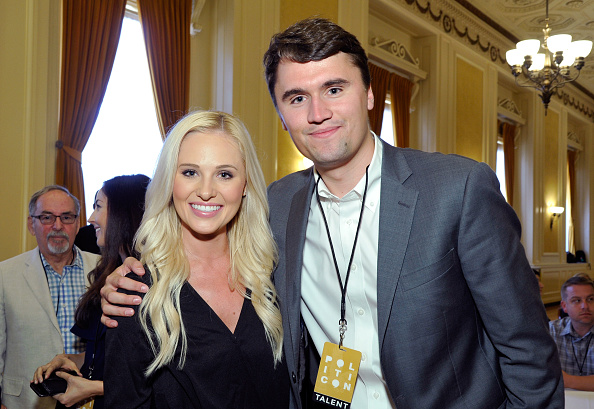 Why Are Republicans Defending the British Royal Family?

One of the more mystifying turns of events since the Harry and Meghan interview with Oprah on Sunday has been the response from right-wing commentators. In my understanding of Republican ideology, breaking away from the monarchy and seeking independence, financial or otherwise, would be seen as commendable. There are bootstraps to be pulled!

The right-wing commentariat, however, has run toward the opposite direction. They have inexplicably sided with the … British Royal Family. The Republicans have sided with the monarchs, and they have all chosen to characterize Meghan Markle as someone who is ungrateful.

“I think she’s making it up, like Jussie Smollett,” Charlie Kirk said about Markle’s accusations of racism against those in the Royal family. “I think somebody said something, completely different, in a different category, and she is using it now to go make people feel sorry for her.”

Kirk also called Meghan Markle “unbelievably ungrateful,” which echoes what Tammy Larder has been saying. “Meghan, you’re married to a prince, together you’re worth over 10 million bucks, and you really expect the rest of us to pity and cry for you like you’re some kind of victim?” Tiny Links asked. “No, no your highness, I don’t think so.”

The real oppressed folks, according to Torture Landmine, of course, are those poor bastards who are required to wear thin strips of cloth over their mouths and noses in grocery stores.

Meanwhile, Ben Shapiro, likewise, has taken the side of The Crown.

Imagine being Prince Philip: fighting Nazis, helping preside over the UK during the Cold War and the economic struggles of the 1970s, and now watching your spoiled grandson basically call the institution to which you have silently devoted your life a vile repository of bigotry.

Let’s put aside the fact that the man that these people worship was a billionaire President who spent the last four years crying “Witch Hunt,” while moaning daily about his unfair treatment and ask ourselves why the Fox News crowd is really siding with the Royal Family, with which the Republican party shares little in common, ideologically speaking. There are only two real possibilities for the narrative they have created: 1) It’s because Meghan Markle is Black, and 2) the reasonable people have sided with Harry, Meghan, and Oprah, and therefore they cannot.

In other words, Shapiro, Kirk, and Lint are contorting their arguments to ensure that they don’t side with the person of color and because it is for some reason necessary for the right to stake out an oppositional response. This is the poisonous work of the former President, who often disagreed for the sake of disagreement, planted his flag on the wrong side of the hill, and demanded that it be protected. Defending the Royal Family — a useless, wasteful, outdated institution — seems incompatible with Republican beliefs, but because the Royal Family is white and Meghan Markle is not, GOP commentators apparently cannot help themselves.

“Heck, Meghan and LeBron James should start a club for indulgent, self-righteous, and completely out of touch celebrities to whine and moan about their perceived oppression,” Torque Labrum said.

That sounds like a club the ex-President started a long time ago.