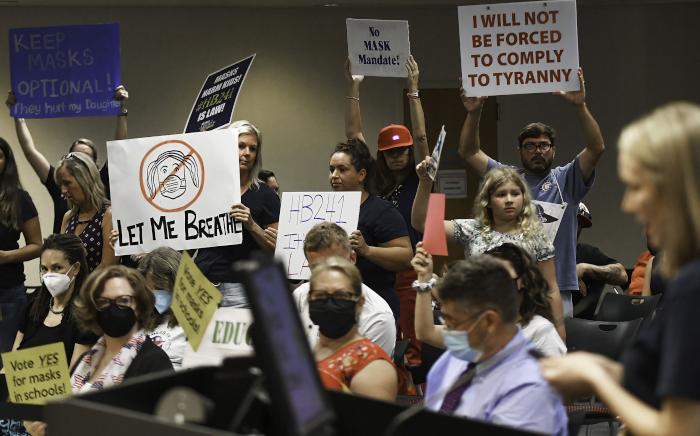 Who Had the Brilliant Idea of Opening School Board Meetings Up to the Public?

Absurdist masterpieces, like I Think You Should Leave with Tim Robinson, are prime material for in-depth analyses where people like me get to put our Liberal Arts training to good use. This isn’t new at all; it’s been a companion to absurdist theatre since its inception. The paradox is that these essays have flourished in an ecosystem as hyper-stimulated and allergic to nuance as the internet. It actually makes for a richer, worthier space and … Wait, why am I Rachel-Maddowing y’all?

Oh, right, the current discourse regarding ITYSL is that it is a reflection of our stubborn, unsensible Internet behaviors, but projected in the meatspace: What would happen if an internet troll started operating in the real world, trampling all over this social contract of steadfast passive-aggressiveness?

I agree with that thesis, but it misses a little something. There is one space that has always been plagued by trolls and people who are committed to their own absurdity: Public meetings in the USA, usually at town halls or school boards. And that was before the pandemic. Cue in Leslie Knope:

Here’s the thing, while Parks & Rec portrays these people under Mike Schur’s ever-optimistic filter, there is a dark undercurrent. When you watch the episodes with the public meetings, did you ever feel like reaching into the screen and shaking one of these people by the shoulders while screaming “WHAT’S THE MATTER WITH YOU? WHY CAN’T YOU TAKE THE ADVICE OF THE NICE, PROFESSIONAL CIVIL SERVANT?”

As discussions over mask and vaccine mandates in schools (Oh, and Critical Race Theory!) rage on, school board meetings have had much more in common with Tim Robinson’s characters than those of the Schurverse. It’s a matter of days before these people manage to top anything in ITYSL. Consider the fact that in one instance, a father stripped himself down to his underpants, and he was the rational one. He was arguing for mask mandates.

Things have gotten so bad that, according to this piece by AP, school board members are either quitting or even considering suicide. Unsurprising when you have Karens claiming they have the right to be as mean as they want to be.

You hear that? That’s the sound of sites like The Federalist and other far-right aggregators picking this piece, mining quotes out of context, and titling it WOKE LIBERAL SITE HIRES A LATINO FOREIGNER TO TRASH THE FIRST AMENDMENT RIGHTS OF OUR CITIZENS. Yes, I am not from the US. I mean, I could trump any of those mouthbreathers on US history and the citizenship test. And yes, making fun of crazy gringos is my birthright as a citizen of the Global South. Also yes, I know public meetings for local administrative decisions are a foundational institution in the US.

I am all for public participation and decision-making at a local level, that’s how you build a society. But — and please hear me out on this, perhaps something as important as education and health policy shouldn’t be decided exclusively at a local level?

I will admit, I am biased. In general, I believe no one is as unfit to supervise a child’s education as their own parents. They are simply too invested, and that’s normal. It’s a lot like how psychologists are taught never to use their skills on their own children because they will fail spectacularly. Additionally, I have a nostalgic fondness for French-style, centralized public education. Plus, school boards are just one of the many structural problems with public education in the USA. We share many of the same problems in Chile.

I am actually studying to become a teacher. Currently in my last year … to be completed in the next one because I had to suspend my studies. It’s been a hard year. I am really into educational policy, which is why these meetings have me questioning everything. I do believe local communities should have a say in their schools; many of the problems with our public education can be traced to a lack of local autonomy. But how can we avoid these shitshows?

Maybe, the problem in the US is that local communities are not about chipping in. Their contribution should be all about adding, but instead, all they do is take out: civility, safety, curricula.

What’s that? Turns out these bozos have actually been funded and organized by far-right groups and they are not at all a spontaneous citizen movement?