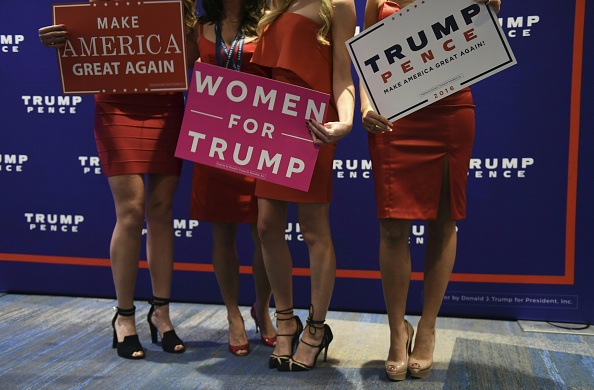 We Are So Hopelessly Screwed

I know, I know that you hate these interviews with Republican voters, where they are asked about whatever controversy that Donald Trump has surfaced. I hate them, too, particularly panel interviews like the one below that end up leaving me feeling completely hopeless, like equity and justice no longer exists in America and will never exist, because the lady from The Blindside is basically in control of the direction of this country. The 2020 election may come down to white women again, and if these eight women are any indication, we are so completely, hopelessly screwed.

These GOP women see nothing wrong with Trump's comments

CNN's Randi Kaye speaks to a group of Republican women who say they don't have a problem with President Trump's racist attacks on four Democratic congresswomen of color. https://t.co/35dvYQCfTY pic.twitter.com/vKi9h24tZz

If you can’t bear to watch, I don’t blame you. But basically, none (zero) of these eight Republican women in Dallas believe that Trump’s comments were racist. They all fall back on familiar arguments:

1) The four Congressman Trump targeted — The Squad — “hate America” and they should leave if they hate it so much (they offer no evidence to support their hatred of America because no such evidence exists).

2) “Even though they are American now,” one woman says, “their ideology has spilled over.” And by “ideology,” she clearly means, the political beliefs of what they believe are their foreign origins.

3) The Squad is “inciting hatred and division,” and Trump is not because “he didn’t say anything about color.” It’s a “coincidence” that all four of these women are people of color.

4) Trump “dated a black woman for two years. Two of his wives are immigrants.” How can he be racist?

5) “If the first black billionaire is endorsing Trump, how can you call him racist?”

6) “How come they haven’t befriended one of their white female Congresswoman colleagues? They don’t like white people! They’re racist.”

Even in 2019, the “he has a black friend” defense is still alive and well in Dallas Texas, folks. How do you even combat ignorance that profound?