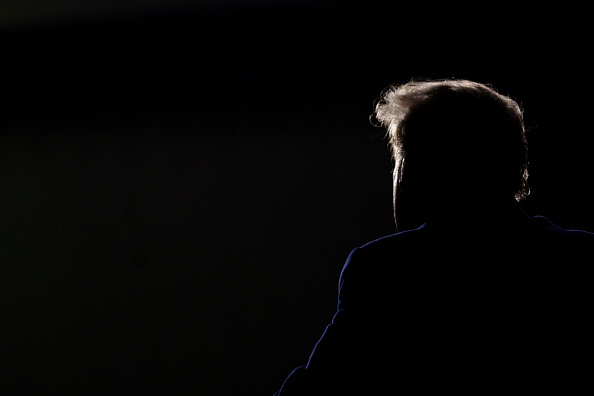 As we creep our way toward another interminable presidential election cycle, it’s important to ask ourselves — particularly when it comes to Donald Trump — what exactly is “news”? News is defined as “the conglomeration of new facts and events that impact our lives.” The italics there are my own because I want to highlight the importance of “new” facts that “impact our lives.”

The only candidate at this point who has officially announced for 2024 is Donald Trump. As the frontrunner, a former (twice impeached) President, and the face of the Republican party, his potential election could obviously have a huge (negative) impact on our lives, but does that make everything he does “news”? It does not! Because “news” still has to fall under the category of “new” facts and events.

For instance, the media rarely covers Donald Trump rallies these days. Why? Because he rarely says anything new. He just rehashes old grievances and repeats the same bullsh*t he’s been repeating for the last 7 or 8 years. There is no need to report that he referred to the media as “fake news” or led another “lock her up” chant.

However, two Republicans spoke out against Donald Trump — Chris Christie and Asa Hutchinson — and that arguably is news because both are contemplating a 2024 run. That is particularly true of Asa Hutchinson, who not only spoke out against Trump but explained why it was bad that Donald Trump had dinner with Nick Fuentes, suggested that it was not a mistake, and looked forward to a time in which we didn’t have to always react to things that Donald Trump was saying. You and me both, Asa. If Asa weren’t such a horrible human being, I might not hate him (I’ve met Asa Hutchinson. He is so mild and reasonable-sounding that he could shake your hand and you wouldn’t realize until after he’d left that he had shanked you in the liver).

Arkansas GOP Gov. Asa Hutchinson on Trump dining with a white supremacist leader: “it’s very troubling and it shouldn’t happen…when you meet with people, you empower and that’s what you have to avoid. You want to diminish their strength, not empower them” pic.twitter.com/GJRNQ2K4wc

So, to sum: Donald Trump eating dinner with a bigot? Not news! A Republican speaking out against Donald Trump? News!

This is how we want to approach Donald Trump this time around. We want to avoid the outrage cycle. I know that we never run out of excuses to complain about Donald Trump, but to do so only gives him oxygen. If he wants us to lose our goddamn minds in the future, he needs to do something awful and new, not just the same awful shit over and over. The fact that Donald Trump ate with an antisemite does not tell us anything new about Donald Trump therefore it is not news and there is no need to engage in this cycle of outrage. We are not Maggie Haberman treating every word that Trump utters as news in the New York f**king Times because it’s the only thing that makes us feel relevant and alive. That’s what Lee Pace’s thighs are for.