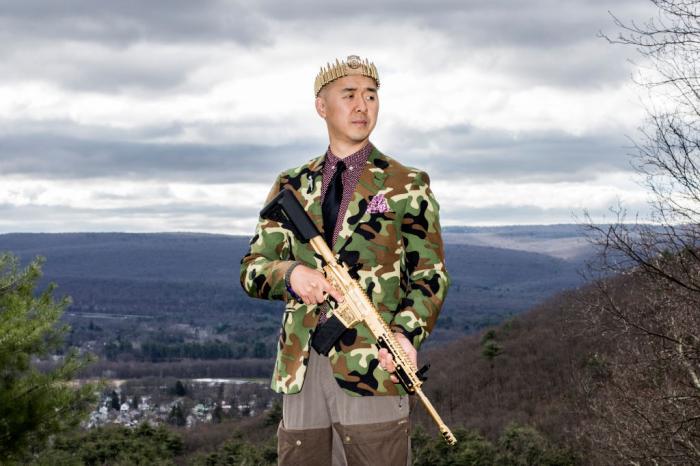 What Is It with Heavily Armed Religious Fanatics and Compounds?

In early 1993, what started as an investigation into a Waco, Texas, heavily armed religious cult known as the Branch Davidians swiftly snowballed into an appalling clusterf-ck. By the end of the 51-day siege, there were 4 dead ATF agents and 85 dead Branch Davidians, including their leader David Koresh and 21 children under the age of 17. It’s one of the better-known tragedies of modern American history; I can still remember watching smoke boil from the windows of the burning compound on live television. No one covered themselves in glory during the tragedy; not the Branch Davidians with their hundreds of firearms, almost 2 million rounds of ammunition, and components for hundreds of grenades. And certainly not the FBI and ATF who used tear gas, 2 Abrams tanks, and 5 M728s (which are basically tanks) to assault a compound they knew was full of small children and fanatics.

Now the Rod of Iron Ministries in, you guessed it, central Texas is following in their footsteps. Their leader Reverend Hyung Jin “Sean” Moon, seen above looking like the main antagonist in the next Far Cry game, has purchased a 40-acre compound for close to $1 million in the town of Thornton. His hundreds of congregants, who own assault rifles but lack access to Wikipedia, are firm believers in the Scripture According to Trump, in which liberals = communists = deep state = vast conspiracy to invade the United States and abort all our babies. Moon began Rod of Iron Ministries after the death of his father, Sun Myung Moon, leader of the Unification Movement cult, aka the Moonies. Hyung Jin’s twist on the original formula of traditional Christianity mixed with dreams of Messianic power includes the professed belief that Jesus’s “Rod of Iron” spoken of in Revelation was a firearm, specifically the AR-15. Whether he believes this or not is anyone’s guess, but given the family’s delusions of grandeur and their followers’ fanaticism, it doesn’t matter much what he believes. Hyung Jin began his church in 2012 and is incorporated in Delaware and Florida as well as Texas, owning multiple large properties. Moon, his wife (shown below), and his brother were also members of the insurrectionist mob on January 6 of this year. 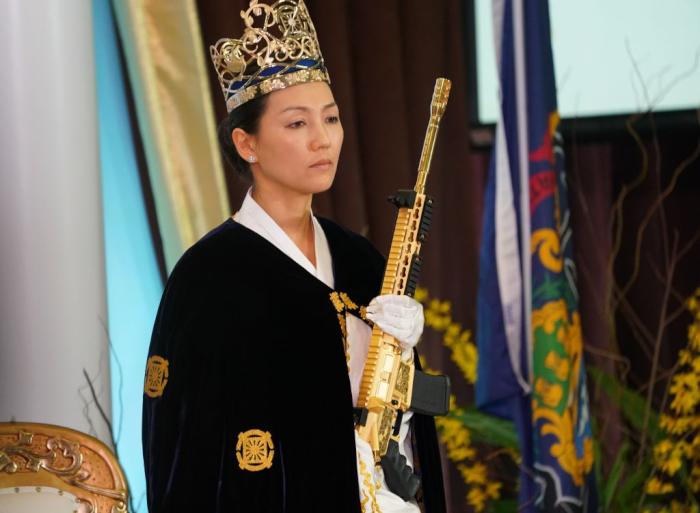 We’ve seen all this before. We’ve seen what happens when a cult moves to the middle of nowhere, stockpiles weapons and proselytizes against liberalism, homosexuality, feminism, and the government. It’s a recipe for disaster and the sort of thing on which the US military has taken a dim view of in foreign countries for decades. Since they’re on US soil, and no doubt under the eye of both the ATF and FBI, I sincerely hope we don’t witness history repeat. But given the current atmosphere, it’s fair to wonder when, not if, a confrontation with heavily armed extremists will happen. Whether it comes from Reverend Moon and his Rod of Iron Ministries, Ammon Bundy and his anti-government acorns, or an unknown organization is anyone’s guess. But when the secular obsession with firearms mixes with religious fundamentalism, the outcome is never good. 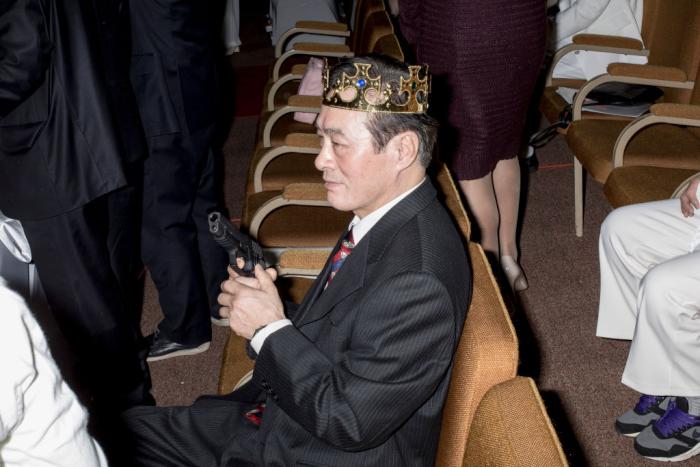 
← What We Know So Far About Showtime's 'Dexter' Revival | Review: 'A Quiet Place Part II' Is Just Like the First One, But with Cillian Murphy Upgrade →