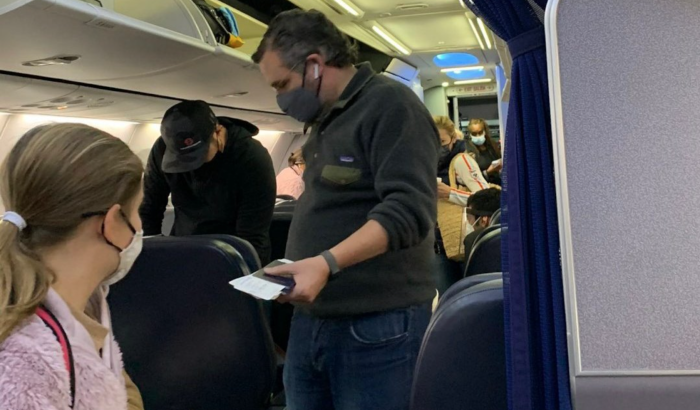 What Does Public Service Mean to You, Ted Cruz?

Being a public servant does not mean you don’t collect a paycheck. It doesn’t mean you can’t amass power, influence, and money — those things tend to accrue to good public servants — but it does mean serving the public. The whole idea is to serve one’s constituents. It means being there when needed. It means showing up, or making phone calls, or offering comfort. It means trying to at least feign some empathy.

You know being a public servant does not mean? Jumping on your plane with your family and flying to Cancun during one of the hardest weeks in the history of your state, when millions are without power and water, when they’re stuck inside or living in shelters because their apartment complex burned down when someone tried to light a fire because they didn’t have any heat (an actual thing that happened in Texas).

This is not being a public servant, y’all:

It appears in the middle of the worst energy crisis in the history of Texas, @tedcruz is on his way to Cancun with his family. pic.twitter.com/aEdiqdn70j

.@SenTedCruz on the left is you on an airplane going to cancun. On the right is one of your constituents freezing in her house with no power, no water, no heat. She is 100 years old. pic.twitter.com/FoPZeGaRGo

I know some of you are concerned (jk) about Ted Cruz's well being during the power outages and lack of drinkable water for millions in Texas, but not to worry: he's vacationing in Cancun. What else would the country's biggest douchebag be doing? https://t.co/vMVi7ZknDT

As the din of criticism intensifies against Ted Cruz for flying off to Cancun while Texans suffer, try to understand how badly he needs a nice vacation after his hard work aiding a violent insurrection.

You could have had this guy, Texas? But Republicans got wrapped up in some weird ideas about meatless burgers.

We made over 151,000 calls to senior citizens in Texas tonight. One of our vols talked to a man stranded at home w/out power in Killeen, hadn’t eaten in 2 days, got him a ride to a warming center and a hot meal. Help us reach more people, join us tomorrow: https://t.co/WOLn2HCrm1

There’s a lot of Ted Cruzes in Texas, though, aren’t there?

Rick Perry says that going without power is "a sacrifice Texans should be willing to make" to keep their power grid deregulated.

Regulation keeps the power on and keeps people alive.

TX Rep. Lloyd Doggett: "As Texans freeze, Greg Abbott follows a familiar playbook—shirking responsibility, blaming others for his own failures to prepare, to prevent, to respond. Instead of helping … he joined Trump cheerleader Sean Hannity last night to spew misinformation."

Just when I think our public officials like @GregAbbott_TX have done everything they possibly can to tell us they don’t care if their incompetence and dishonesty is killing us, #CancunCruz says “Hold my beer.”

This dude is the mayor of Colorado City, Texas.

To wit: I heard from folks back in Arkansas that they received a foot of snow this week. That’s a decade’s worth of snow for Arkansas. This is Texarkana, one of those novelty cities that is halfway in Texas and halfway in Arkansas. Don’t this just say everything?

One state has snow plows. The other doesn’t.

One side of this street is Texarkana, Arkansas.

The other side is Texarkana, Texas.

"By failing to prepare, you are preparing to fail."

There is a leadership failure in Texas…pic.twitter.com/EJ2QtLudXK