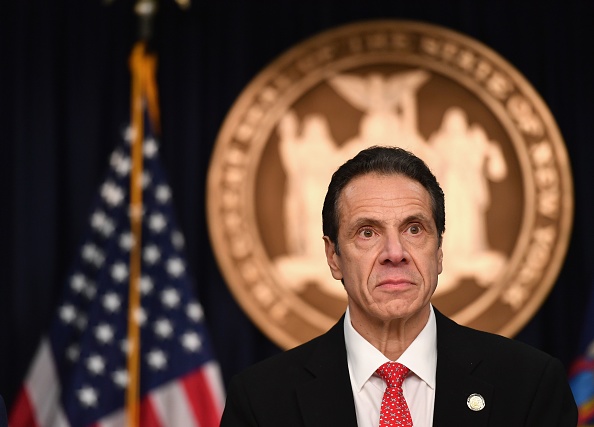 Morning Briefing: We Just Have to be the Better Parent

A third woman came forward yesterday and accused Andrew Cuomo of an unwanted advance. Cuomo had held the face of the woman, then 31, and asked if he could kiss her, and there is a picture of her looking very uncomfortable. I think it is safe to say that Andrew Cuomo is a gross old dude. Does being a gross old dude make one unfit for office?

Does being a gross young dude make one unfit for office? Because there’s another scandal brewing at the moment involving an elected official who was notorious for taking women on “fun rides” in college. Those “fun rides” amounted to driving them out to secluded spots, locking the doors, and making advances, and if those advances were rebuffed, he’d drive back going 80-90 miles per hour, which would scare the hell out of the women. In fact, it was an open secret around campus, and women were warned to avoid him.

But that’s way back in college, you might argue. Oh, sure, but this Congressman is the youngest in the House of Representatives at only 25, and college was not that long ago for him. His name is Madison Cawthorn, and he’s a terrible human being, even putting these unwanted advances aside.

Now, we all know what is going to happen to Madison Cawthorn, and that is almost certainly nothing. He’s a Republican, and Republicans don’t hold their people accountable. Supporters of Andrew Cuomo, meanwhile, will argue that Andrew Cuomo should not be punished if Madison Cawthorn is not punished. Like my children, they will scream, “That’s not fair!” Those critics are likewise already drawing comparisons to Al Franken — who is trending on Twitter — who was pressured to resign after multiple women came forward with instances of unwanted touching or inappropriate contact. Al Franken, see, is also something of a gross old dude, bless. We don’t put our hands on the butts of supporters while taking pictures with them, Al.

Meanwhile, I think a number of people are basically making the argument re: Andrew Cuomo that, yeah: He’s kind of a gross old dude, but making women half his age uncomfortable is different than sexually assaulting a woman, so I guess that’s something that we have to live with because if we pressure Andrew Cuomo to resign, then it’s going to get real uncomfortable because Republican Twitter has already exploded a couple of times over this by bringing up the women who said that Joe Biden made them uncomfortable, and good lord, like anyone from the Republican side has a right to throw stones, but still, now we’re all uncomfortable, aren’t we?

On the other hand, just because little eight-year-old Timmy’s parents let him have a phone and his own Insta and Snapchat accounts doesn’t mean that we have to let our eight-year-olds have a phone. That is to say: Democrats need to be better parents than Republicans, and just because Republicans let their “kids” get away with whatever they want doesn’t mean that we should, too.

But also there is a line, and we don’t have to act because of the bad-faith arguments of Republican trolls on Twitter. By and large, the people calling upon Andrew Cuomo to resign are not Republicans. They were New York Democrats. Should we investigate? Yes. Should we let the investigation run its course? Sure, if only because if there are three instances of inappropriate behavior, there’s bound to be many more — especially based on Lindsey Boylan’s account of the culture in Cuomo’s office — and so an investigation is probably going to strengthen the case against Cuomo, not weaken it.

— Thanks to an arrangement orchestrated by the Biden Administration, pharmaceutical giant Merck & Co. will be manufacturing the one-shot Johnson and Johnson vaccine. We have a lot of vaccines coming from Pfizer and Moderna in the next few months, and Johnson & Johnson is not likely to be able to produce mass quantities at scale for a couple more months, but this will definitely help when we need to start vaccinating young folks and kids.

— Speaking of vaccines, the former President and First Lady secretly got their vaccinations before he left office and didn’t tell anyone.

— Keep an eye on this, because this is bananas.

NEW in @punchbowlnews AM: @Bethvanduyne has had a massive turnover in staff less than 60 days into her tenure in Congress

A few wks ago a former aide died by suicide outside her home. Van Duyne was home at the time https://t.co/BCUdPX8qbO

— Weird. And we couldn’t impose similar sanctions on Saudi Arabia?

New: Senior Administration officials say the US is imposing new sanctions today on Russia in response to the poisoning of Alexei Navalny.

— Still, despite my criticisms, I am among the 61 percent here. He’s doing a bang-up job on vaccines and the stimulus bill, which includes a lot of longtime Democratic wishes, including a provision that will decrease child poverty by half. Hopefully, it will all pass in the Senate.

President Biden has a 61% approval rating with voters, according to a new Harvard CAPS-Harris poll.