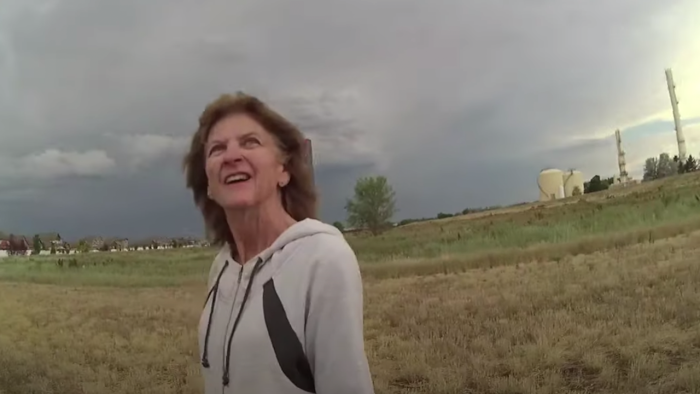 'We Crushed It.' Officer Breaks 73-Year-Old Woman's Arm and Laughs About It

One of the most common and inaccurate criticisms of the Black Lives Matter movement is that it’s focused solely on the impact police violence makes on Black lives. “Cops kill and assault white people too,” they argue. “Why doesn’t that matter?” The short answer is that it does, and the intent behind BLM isn’t to merely stop police aggression against people of color. Police violence is a nationwide issue exacerbated by racial prejudice and animosity, not caused by it. It has the potential to affect all of us. This includes children, those with mental illness or disabilities, and the elderly.

This is the reality Karen Garner faced in June 2020. The 73-year-old dementia sufferer with verbal aphasia walked into a Walmart in Loveland, Colorado. She attempted to leave the store with merchandise valued at $13.88. There was a physical struggle with a store clerk and the police were called. Garner, who again suffers from dementia, left the store without the merchandise. She was confronted by Officer Austin Hobb and told him she was walking home, at which point he violently throws her down and restrains her. In the process, her shoulder audibly dislocates and her arm breaks. She’s arrested and held first in the station and then the county jail for six hours before receiving treatment.

Then it gets worse.

Back at the station, Officer Hobbs gives a fist bump to Officer Daria Jalali when asked how his violent arrest of a mentally impaired senior citizen went. He then shows Jalali and Officer Tyler Blackett the body cam footage, no idea Garner was injured during her violent arrest. How this squares with Jalali and Blackett watching the video as Hobbs verbally confirms he hurt her is a mystery, albeit one easily solved by a concussed salmon. None of the officers involved were disciplined or so much as placed on leave until the footage went public.

The videos are both available here. I don’t recommend watching them unless you want confirmation of how truly terrible people are to one another. Police violence is an epidemic that disproportionally affects people of color, and this incident doesn’t change that. All it does is demonstrate, with nauseating clarity, that it’s an epidemic from which even the most vulnerable citizens are not safe.