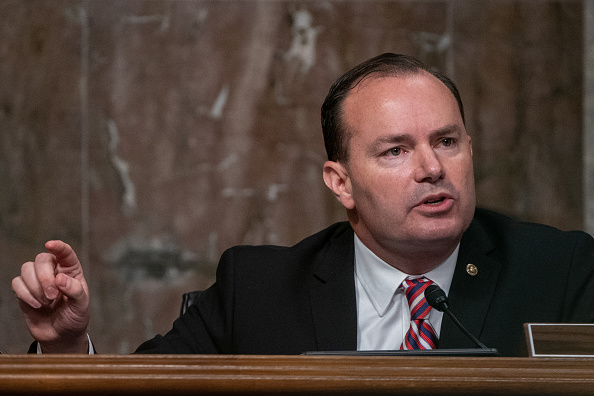 Utah Senator Mike Lee is currently in quarantine, having tested positive for the Coronavirus last week. I don’t know if he’s on the same steroids as Donald Trump, but he had a few interesting thoughts he needed to get off his chest during the debate last night. To wit:

We’re not a democracy.

Now, if you are like me, you probably thought that Mike Lee was just being pedantic because we are not a direct Democracy but a Constitutional Republic. Whatever. But then Mike Lee explained himself:

Democracy isn’t the objective; liberty, peace, and prospefity are. We want the human condition to flourish. Rank democracy can thwart that.

That sounds like something Thanos would say before Cap clobbered him with his shield. “We must liberate the people from Democracy in order to increase peace and prospefity! *clank* “

But honestly, I found this tweet to be the most telling of the bunch:

The Affordable Care Act is a collusive, corrupt, and deeply flawed method of control for the sick and those with preexisring conditions.

What?! We shouldn’t be that surprised. This is a very Republican/Libertarian argument, and it actually does relate to the tweets about the United States not being a Democracy. Mike Lee believes that the Democrats are controlling poor and sick people through healthcare because Republicans are deeply — and selectively — terrified of government control.

They would argue — from a law and economics standpoint — that, e.g., not all apartments have doormen because it allows some people to “choose” to spend their money on other things because they don’t value safety and nobody should try to force that on them. So, for Republicans, everything is about “choice” for them, with no awareness of any barriers like, for instance, money or discrimination.


← Megyn Kelly Is Not a Good Person | Even Michelle Obama Mockingly Says, 'Thanks, Obama' →