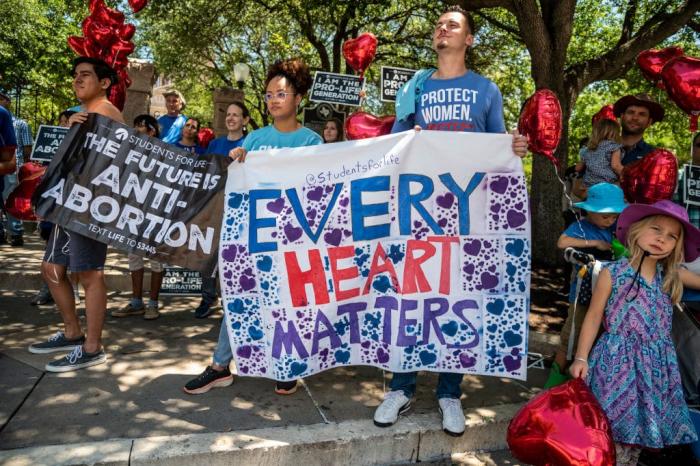 Earlier this year, the Texas legislature eliminated the requirement for state residents to get a license to carry a handgun if they aren’t prohibited by state or federal law from possessing one. That bill goes into effect on September 1st. We’ve covered that here previously. It’s stupid and dangerous. Just when you thought Texas had reached its pinnacle nadir, the Lone Star State is at it again.

During the same legislative session, Texas also passed a bill outlawing abortions after a doctor detects a fetal heartbeat, which is usually around six weeks. That’s bad. Terrible in fact. A lot of people don’t even know they’re pregnant until after six weeks. To make that even worse (WORSE?) that law is not enforceable by government officials. Instead, Texas is offering citizens a $10,000 bounty for turning in anyone who has an illegal abortion.

From the New York Times:


Ordinarily, enforcement would be up to government officials, and if clinics wanted to challenge the law’s constitutionality, they would sue those officials in making their case. But the law in Texas prohibits officials from enforcing it. Instead, it takes the opposite approach, effectively deputizing ordinary citizens — including from outside Texas — to sue clinics and others who violate the law. It awards them at least $10,000 per illegal abortion if they are successful.

This is monstrous in at least two (thousand million) ways. It makes it impossible for any abortion rights groups to sue the state Attorney General over this law because the state has no role in enforcing it. Secondly, this pits neighbor against neighbor and incentivizes spying. It’s setting up modern-day witch hunts with cash prizes! Who is to say that a jilted ex won’t turn someone in? Or, if your cashier at the HEB hears you talking about your abortion while bagging groceries, they can report you and have you arrested AND make $10k doing it!

It feels really cliche these days, but this is where I’d like to thank Margaret Atwood for writing a terrifying, fictional, book that all of the worst people are using as a roadmap to restrict rights. 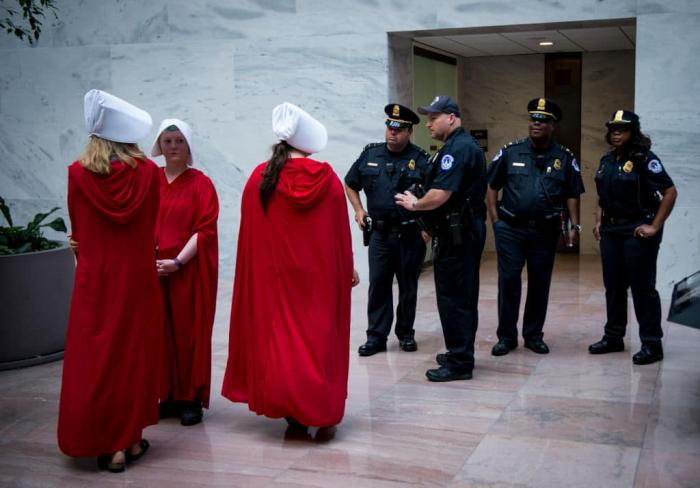 They are putting women and men, healthcare providers, and anyone who supports our rights to manage our reproductive health at risk. This will lead to child-bearing people being under suspicion. This will lead to the exposure of personal health information (so long, HIPAA!) This will lead to violence. Pairing this with the Right To Carry bill makes Texas an incredibly dangerous state to live in. And, the more restrictive voting laws that get put in place, the harder it is to remove people from office who think these bills are good ideas. It’s a perfect storm of absolute garbage.

Of course, Texas isn’t the only state working to dismantle both abortion and voting rights. It’s going on all over the country. According to the Guttmacher Institute, the 2021 legislative session set the record as the worst for legislating abortion rights since Roe v Wade. While our government and health officials should have been laser-focused on Covid recovery and vaccine distribution, they have instead decided to fixate on uteruses and ballots, which sounds about right for the Right. Where they don’t care so much about the actual people, just about having control over all of us.

I know Biden JUST took office and everyone hates the never-ending election cycle, but we have 16 months until the mid-term elections. In that time we really need to identify and prop up the folks who are fighting to support and EXPAND our rights. Reading about bills like this and anti-trans measures being taken across the country makes everything feel bleak. It’s easy to fall into the paralysis of despair. But. We. Don’t. Have. Time. For. That. Take a page from Stacey Abrams’ playbook and fight! Fight for your rights, for the rights of the people you love. For Texans who don’t deserve to live under theocratic fascism. Fight for the rights of people you don’t even know. Because we all have rights, and we all need to help each other keep them. Or this little political experiment we call America is doomed.

← How 'The Good Fight' Convinced Us to Take the Same Side as ... Donald Trump | So Wait, Are Tom Cruise and Hayley Atwell Actually Dating? →