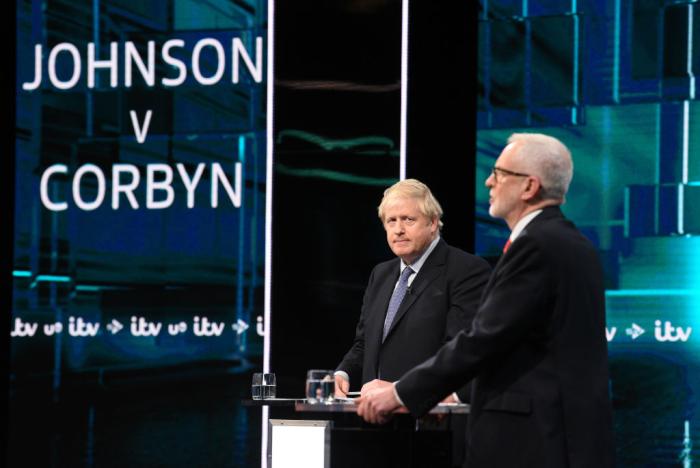 The first General Election debate of Britain’s GE 2019 took place last night. It aired on ITV—a channel which isn’t quite as bad when it comes to disguising government stenography as ‘objective journalism’ as the BBC but not quite as good at the occasional moment of elite-busting truth-telling that once in a while appears on, say, Sky, or Channel 4. The event was watched by an average of 6.7 million viewers and was hosted by broadcaster and journalist Julie Etchingham who did quite a good job of keeping everything running well—though like everyone else let a shocking amount of Johnson lies fly by without challenge (a leniency that has tectonic power to shape the state of a nation and which I have discussed numerous times in the past and, let’s face it, probably will again in the future).

The debate was between current Prime Minister Boris Johnson who hopes to extend his term with an actual election victory on December 12th, and Leader of the Opposition Jeremy Corbyn, who wants to offer the country a chance to try something fairer and more human after half a century of neoliberalism. Jo Swinson—Margaret Thatcher-worshipping, Tory-enabling, nuclear button-pushing leader of the Liberal Democrats—was not included in the debates, this despite her bringing a court challenge aimed at putting her on the line-up which was rejected with a, ‘Sorry, we’ve already got a Tory.’

Jo Swinson is a deepfake parody of the Bullshit Liberal, and this proves it.

Would you nuke the earth?

Would you ban air travel to help tackle climate crisis?

The event itself was a bit of a curious sight. Political debates always are on this side of the pond, as our politics are not geared towards the kind of Presidential Personality Show theatre that American politics are. For better and worse. Nevertheless it proceeded quite predictably, with Johnson taking the opportunity to hammer the ‘Get Grexit Done’ button over and over and over and over again—even after the topic at hand had ostensibly moved on—and Corbyn doing a decent enough, if not nearly perfect, job of using the rare opportunity to talk to voters without the usual media distortion present to sell his party’s vision for a genuine alternative.

In other words, on the one side you had a compassionate, caring politician centering the urgency of the climate crisis and highlighting how it was going to affect the most vulnerable communities around the world (an act worthy of heckling by some clearly incredibly well-adjusted audience member), telling the truth about how the Tories are selling off the NHS to private companies, and offering a once in a lifetime chance for a more just society—all without, somehow, resorting to personal attack against Johnson (which is something I personally think he could’ve actually done a bit of, especially in the areas of the debate concerned with questions about personal integrity, but he’s simply too decent a human to do so). And on the other side there was a posh, rude, ruthless and entitled capitalist who talked over everyone, had nothing of substance to say, and lied through his teeth throughout the entire debate—again with no challenge from the moderator. An ITV poll conducted after the event put Corbyn as the ‘winner’ at 78 percent. That’s data skewed somewhat by left-wing Twitter bias. YouGov, an oft-cited polling organisation—which is Tory through and through—put Johnson as the ‘winner’ by 1 percent. I personally wasn’t totally happy with the debate—both for Corbyn not going quite as hard as he should have, and for ITV allowing all those Johnson lies to go unchallenged—but the net effect was, I think, positive—as is the case for most times when Corbyn is allowed direct access to the electorate.

Oh, and in response to a question about their opinions about the monarchy—to which Corbyn responded with a ‘It needs a bit of improvement’—Johnson gave perhaps the most…bold(?)…answer of the night: ‘The monarchy is beyond reproach.’ The monarchy.

Anyway, this is how Twitter reacted to the event:

Full details of @YouGov poll on #itvdebate now up. Among voters who have yet to decide finally how to vote, Corbyn seen as winner by 54%, Johnson 38%, don't know 8%. Mainly firming up wavering Lab supporters, but still significant. https://t.co/BYOhcC9A8P

30,000 people responded to ITV's Twitter poll. That's a bigger sample than you get from almost any pollster. The results:

This is what happens when pollsters don't call a database of Tories & then apply weighting.

The GE is Labour's to win. #ITVDebate

"The monarchy are beyond reproach" - Boris Johnson #ITVDebate pic.twitter.com/uXfnKJSBXI

With Boris Johnson, or Alexander Boris de Pfeffel Johnson to use his full name, it’s all about performance, and truth is just a side issue. Here’s what a doctor had to say about the claims he made about the NHS in the televised debate last night.pic.twitter.com/FbPcQ1aUMv

Well done to Jeremy Corbyn for being a warm, kind, dignified statesman to the end.#LeadersDebate #WinForCorbyn pic.twitter.com/IuqM78RW6u

I was in the audience for the debate yesterday - the best bits were after the cameras switched off. The audience started shouting at the guys who'd been laughing at Corbyn saying poor people were going to suffer most from climate change #LeadersDebate

I admire his restraint. Attitude matters and so do words even if the other side plays dirty. https://t.co/3WBa7Z3W5s

Media spinning like mad to pretend both men at #LeadersDebate yesterday were same old, same old. I implore everyone to watch even just a few minutes of the debate. You will realise instantly the media is lying to you. There is a gulf difference in terms of class. #VoteLabour2019

Boris Johnson's claim last night that Labour would raise corporation tax to the "highest in Europe" was a flat-out lie. My piece on the true figures. https://t.co/wavQfjOkeg

So who won the first debate?

Peter Oborne scored it 4-2 to Corbyn.

Watch him call out the lies and evasion.https://t.co/FLxPFqdVWQ

Yes I think this is right https://t.co/4MCJ7U3xqX

The only thing that shocked me about Corbyn-Johnson was the old racist Tories in the audience laughing when Corbyn said climate is the most important issue. If you're under 65 - understand; the stories think it's funny to let our planet die…

Today the media are desperately jumping on this YouGov poll of just 1,646 people that gave Johnson a measly lead of 2% while simultaneously ignoring an ITV journalists OWN POLL of 29,655 people that gave JC a 56% lead.

Boris Johnson just used a debate watched by millions of people to repeat one single sentence.

Jeremy Corbyn talked about the importance of listening to the people you represent.

One treats voters like they’re idiots - the other wants to hand power in this country back to them.

I think the more the public see of Corbyn, the closer the polls will become.

Instead of seeing the crazed, out of touch Commie they have read about, they are seeing a calm, composed humanitarian.

Stand him next to Johnson and it becomes clear which is the true statesman.

The #ITVDebate was stilted - neither Corbyn nor Bj ever got into full flow - PMQs for all its problems is better. We need a Town Hall format to test senior politicians … Corbyn did OK but his passion for people and truth not given time to unfold … Johnson = a prat but 🤷‍♀️

Jeremy Corbyn’s first thought was for the victims of a convicted paedophile.

The compassion that Jeremy showed in that moment is natural because that’s who he is!

Contrast that with Johnson’s answers and tell us whose side your on.

Boris Johnson should release the documents from these secret trade talks with Trump in full https://t.co/PL4TZFEWnS

Written for @novaramedia on leaders’ debate - victory on points for Corbyn, but the Tory audience jeering at victims of climate change was the most revealing moment of the night. The Tories have stirred up the worst elements of British society https://t.co/6RffTrVh3z

A lot of attention today was on the fact that the Conservative Press Office changed their Twitter handle to ‘Fact Check UK’ in an effort to disguise their spin as objective fact. Surprisingly, even the BBC took them to task for this:

.@maitlis: “This is the Conservative press office pretending to be a fact-check service… you were misleading the public.”@JamesCleverly: “We were calling out the inaccuracies that were coming out during the debate"https://t.co/tyeoNZZw7X#Newsnight | #GE2019 | #ITVDebate pic.twitter.com/qOIxTWQa8Z

And a friendly reminder of how the establishment media protects the status quo, from respected, lifelong Conservative, journalist Peter Oborne:

Our research shows @UKLabour had a substantial deficit of positive to negative news reports in the first week of #GE2019. Read the full @lboroCRCC report: https://t.co/f4V5b3Pv4o 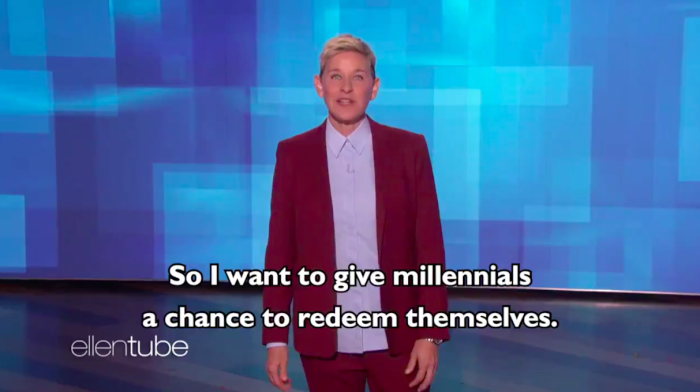 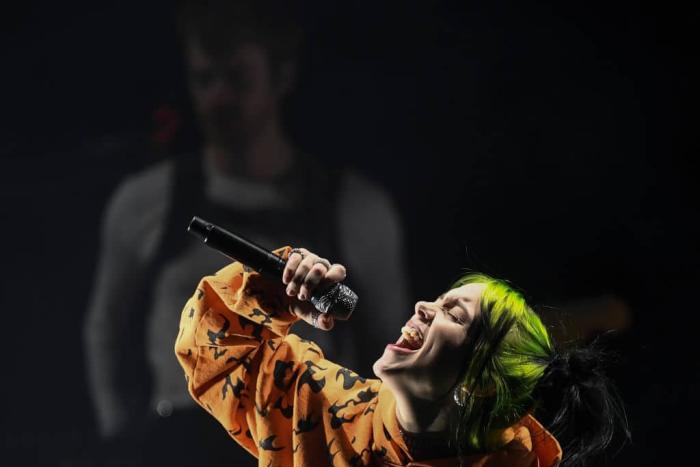