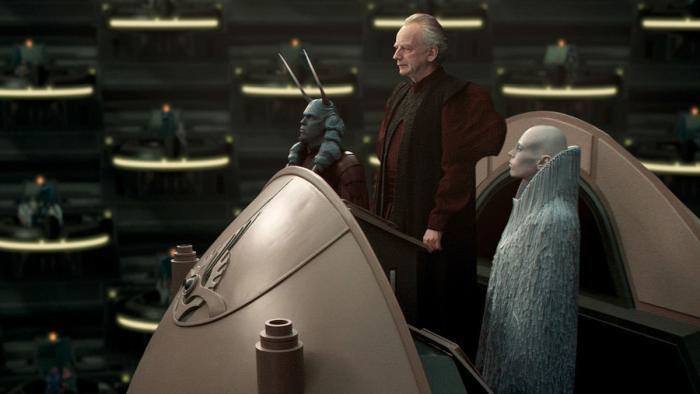 We knew it was going to happen. Boris Johnson—shambolic racist manifestation of every single thing wrong with the British establishment—has announced that he is writing to the Queen to ask her permission to suspend Parliament in a transparent effort to help him push through the free-market bonfire that will be a ‘no deal’ Brexit. Cue the circle jerk of oligarchical posh boys who have otherwise been bleating nonstop about ‘the will of the people’ and ‘the sovereignty of Parliament’ over the past few years but who will now—in the face of what basically amounts to a posh putsch designed to force through a version of an outcome to a highly divisive topic that nobody voted for—be offering their bloviating support as they prepare to further rob the country blind to line their mates’ pockets. The media will too, no doubt, play their usual stenographer roles as always.

As rumours abound of an election being called imminently, UK Twitter reacted to the news of our very own Emperor Palpatine taking steps to launch a hard-right capitalist free for all that will hit those most already suffering from Tory austerity and that will embed further disastrous inequality for decades to come. Make no mistake: This is the logical conclusion to the years and years of neoliberal assault on working people and the idea of the state as a benevolent socialist actor. The other take of course is that this is simply a ploy to force an election that the Tories hope to win, thus granting them a get out of jail free card as well as an increased mandate for their political project. My one glimmer of hope there would be that the last time a Tory called an election with the goal of a hubristic mandate-extension, she was rewarded with an electoral drubbing like none in recent history and the country was granted the first glimpse of socialist hope in decades. Only time will tell.

-get through first 2weeks of parliament in September

-get new deal through days before 31st with terrified Parliament

What it also does, if is to neuter a Queen’s Speech (ie a confidence vote) as a means of stopping Brexit.

Followed by 5 days of parliamentary debate

Takes you to October 28th

14 day FTPA period then takes you over October 31st

Our democracy is being stolen by a bunch of millionaires playing politics with our lives.

Brexit didn’t have to be played as a zero-sum game. There could have been compromise. But, I suppose, a united electorate doesn’t serve the interest of those who’d rather snatch at power. https://t.co/kphA6lG2Fv

Boris Johnson is aiming for a coup against parliament. Against you the voters and your political representatives. For a disastrous No Deal where the only one to benefit is Trump https://t.co/4sz76f0FbP pic.twitter.com/DWamMw3Nhn

We didn't know what we were voting for in the referendum, but it sure as hell wasn't Boris Johnson instructing the Queen to suspend parliament, allowing a no deal brexit that will cause damage for generations, and benefit only wealthy disaster capitalists!#StopTheCoup

Suspending Parliament to force through a catastrophic no-deal Brexit would be the end of parliamentary democracy. It would be an unprecedented & unconstitutional abuse of power. What is so terrifying is the number of people actually cheering Johnson on https://t.co/ylClma7sIb

Bercow weighs in - 'this move represents a constitutional outrage. However it is dressed up it is blindingly obvious that the purpose of prorogation now would be to stop Parliament debating Brexit and performing its duty'

OMG can't wait for the queen to throw shade at Boris Johnson when he asks her to prorogue parliament, by doing as he asks but wearing a jade brooch while doing it.

By Jo Swinson refusing to back Jeremy's No confidence in the government plan, she has gifted Boris Johnson the opening he needs to prorogue Parliament & force through his No Deal. Lib Dems, too posh to let the working man & woman have a chance at stopping this mess.

It's the pause, and the smirk, on fourteen seconds, that encapsulate Boris Johnson so perfectly.

He tries to claim he is proroguing parliament for an urgent domestic agenda that he can't even remember, and can't keep a straight enough face to style out his own lies. pic.twitter.com/m1oD16DEAi

I think we all need to channel our inner Stormzy right now: FUCK the government, FUCK Boris.

He shuts down parliament, we shut down the country. #GeneralStrike #StopTheCoup #Brexit

How many of @Conservatives pisspot cabinet, PM and party members and friends are making money on this?

Are we calling it a coup d’etat or at least a coup attempt in UK yet, @BBCNews?

Asking for all the former colonies where you would have jumped to use those words.

Absolutely everything Johnson is doing is setting up a general election which casts him as an anti-establishment 'believer in Britain' fighting against a status quo parliament. It's utterly transparent and it's been entirely predictable.

On 13 March 1920, a junta of nationalist officials and Reichswehr officers tried to launch a coup vs the Weimar Republic. What brought it down? A 12 million strong general strike called by social democrats and communists.

Prepare for a possible election being called next Thursday, 5th September, for 17th October. Those six weeks will be the fight of our lives to take wealth and power back from a greedy, entitled Establishment that looks only after its own - and has brought the country to disaster.

The United Kingdom is not a dictatorship. @BorisJohnson is acting like a dictator and must be stopped.

ALL MPs who believe in our democracy must work with @JeremyCorbyn.

The time for game-playing & political point scoring is over.

This is dangerous & unconstitutional.

If you're disabled or poor the UK has been more of a fascist state than a democracy for quite a few years, maybe we should've cared about this earlier idk

Make no mistake, this is a very British coup. Whatever one’s views on Brexit, once you allow a Prime Minister to prevent the full and free operation of our democratic institutions you are on a very precarious path. https://t.co/9kwmw8i6E1