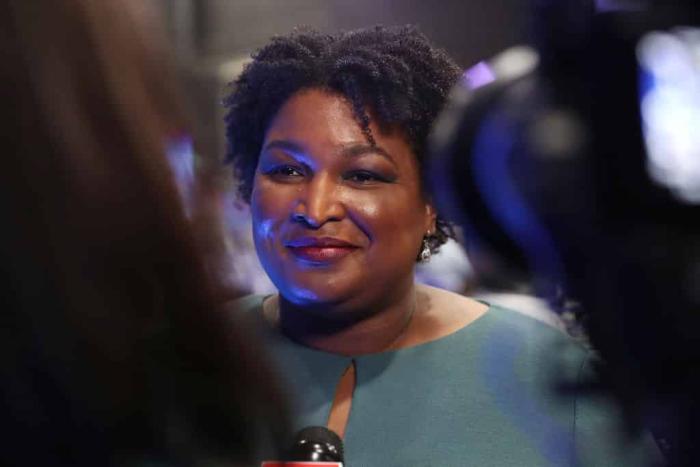 Oh Tucker, Do You Really Think You're Big Enough to Take on Romancelandia?

Oh, Tuckums. It must be tiring being a bigoted mouthpiece for a corporate force that’s inevitably going to toss you to the curb once you become financially unfeasible. How many naps do you need to take each day to keep up the faux outrage over the most tedious of issues? Maybe loosen the bow-tie a wee bit, get some much-needed oxygen into that brain of yours. After being dragged to hell and back by Joy Reid this week, maybe he felt the need to be a big man. You know, real macho sh*t. So he relied on one of the oldest tricks in the book and went after Stacey Abrams for her past as a romance novelist.

That’s right: On top of being a wildly successful activist and campaigner for voting rights, Abrams somehow manages to find time in her exceedingly busy schedule to write awesome romances under the name Selena Montgomery. Indeed, they’re being reissued by Berkley after several years out of print. Abrams’s work and her refusal to be embarrassed by it — seriously, Colbert, why did you try that? — even helped to inspire many romance novelists to team up and raise money for the Senate runoff races in Georgia.

I would almost pity Tucky-tucky-dum-dum for thinking he’s got the nerve to take on Romancelandia. Sweetie, you wouldn’t last a day. You think you’re clever or brave for playing into the same trite stereotypes about a genre that sells a billion dollars of books a year? You wanna bite your thumb then run away from a group of badass women who raised close to half a million dollars to allow the Democrats to reclaim Georgia? You think you’d survive even a casual conversation with them?

If you’re lucky, they’ll ignore you. If not, maybe wait to see how well they organize then go hide in your bunker with your MyPillows and gold coins.

← 'Invincible', 'Shadow & Bone', 'The Nevers' And More On Podjiba! | And Now Here's Elon Musk Deepfaked Onto Miley Cyrus in 'Wrecking Ball' Just Because They Can →