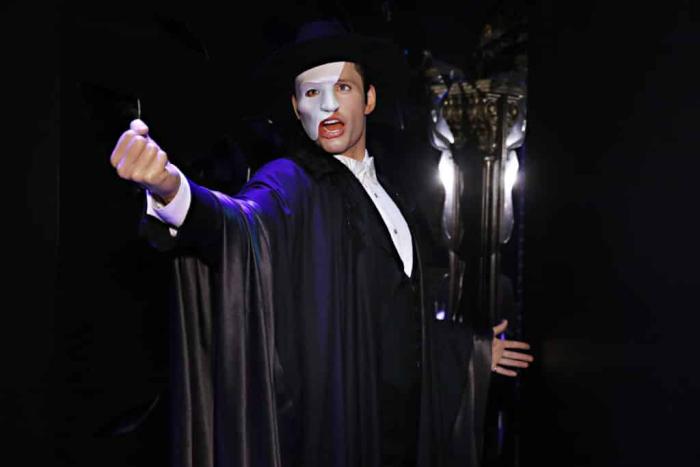 Of Course Trump is a Fan of Andrew Lloyd Webber

Donald Trump may not be President anymore but he still manages to suck up all the air in the room at any given time. Now, his goons and suck-ups have run off to the major publishers for high-priced book deals so that they can rewrite history and pretend they weren’t complicit in the fascistic sh*tgibbon’s horrors. The newest addition to this assembly line of masturbatory f*ckery is Stephanie Grisham, former White House Press Secretary. Her new ‘tell-all’ book is another addition to the pile of right-wing careerists spilling the beans long after doing so could have led to some form of accountability. Why care about democracy when you can get a nice advance with a ghost-written hagiography in a few months’ time?

According to Grisham (via the New York Times), Trump’s staff had a protocol in place for whenever the tangerine toddler threw a hissy fit:

‘At one point, she writes, Mr. Trump’s handlers designated an unnamed White House official known as the “Music Man” to play him his favorite show tunes, including “Memory” from “Cats,” to pull him from the brink of rage. (The aide, it is revealed later, is Ms. Grisham’s ex-boyfriend. She does not identify him, but it is Max Miller, a former White House official now running for Congress with Mr. Trump’s support.)’

Yup, this is the world that we live in. As someone who likes to unwind by listening to musical theater, this revelation stings. It’s long been noted how weirdly uninterested and detached from culture Trump was during his Presidency, a marked contrast from his predecessor. Finding out he’s basically your drunk aunt at karaoke is as close as we’ve gotten to seeing Trump engage with art on a vaguely personal level.

So, of course he’s into Andrew Lloyd Webber, the former Tory Lord who once traveled via private jet to Parliament to vote on cutting benefits to the underprivileged. They’re made for each other. Trump ain’t here for the lyrical density of Sondheim or the girl power of Wicked. You’re not going to catch him enjoying West Side Story or the works of Jason Robert Brown or Kander and Ebb (although it wouldn’t surprise me if his Nazi goons had ‘Tomorrow Belongs to Me’ in the rotation because irony is dead.) Nah, Donny is here for the most milquetoast, mainstream, uncomplicated, high-concept, cocaine-fueled never-moved-on-from-the-’80s cheese. And don’t get me wrong, long-time readers of this site will know that I’m a big ol’ Phantom slut, so I’m not judging fans of the work here! I’m just saying that none of this is all that surprising. Do you think Trump was rooting for the Perons in Evita, which is apparently his favorite musical?

Trump’s campaign did play ‘Memory’ and ‘Music of the Night’ at rallies, which is certainly a Choice when you want to rile up the racists and COVID deniers. I suppose that ‘Jesus Christ Superstar’ would have been a bit obvious. Do we think Trump wants to see the butthole cut?