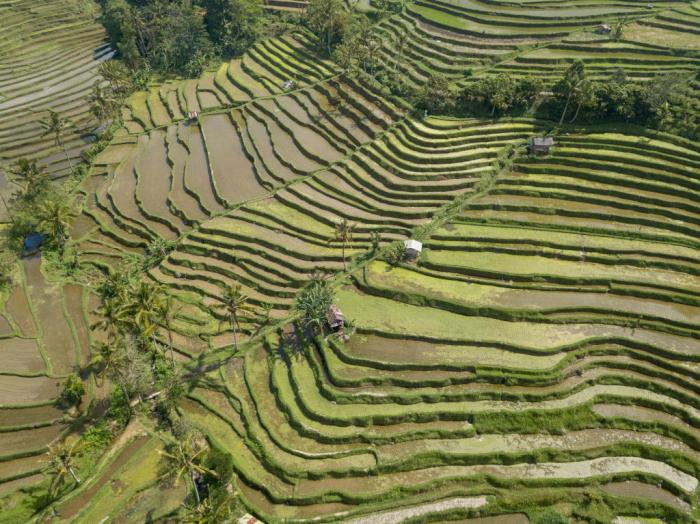 Tropics Set to be Uninhabitable by 2050

When it comes to climate change, one of the less often mentioned metrics is a thing called ‘wet-bulb temperature’. It should be one of the most mentioned. Wet-bulb temperature is called that because it refers to the reading given by a thermometer wrapped in a wet cloth over which air is passing, which mimics human ability to cool off by evaporating sweat. It is, in other words, a measurement of heat and humidity, and it is useful because it can tell us whether an environment is fit for human habitation or not.

According to a 2015 report, we have a clear idea of where the limits lie: The fittest human being cannot survive a wet-bulb temperature of 35 degrees centigrade (95 degrees Fahrenheit) for more than 6 hours.

A study in Nature published this week assessed the rate at which the rise of global average temperatures will affect the wet-bulb temperature of different areas. It came to the conclusion that at a 1.5 degrees centigrade rise in global average temperatures (the target of the Paris Climate Agreement, which almost no nation in the world is on track to meet) the wet-bulb temperature in the planet’s tropical regions will hit 35 degrees centigrade—the maximum level, above which human habitation becomes nonviable. At the current rate of global warming, we are set to hit a 1.5 degrees centigrade rise by 2050. At the moment, roughly 40% of the world’s population lives in the the tropical regions, and that is set to increase to over 50% by 2050.

In other words, if nothing changes, by 2050, over 3.5 billion people will have to flee their homes.

A 1.5 degree rise also brings with it a dramatic increase in deadly heatwaves and wildfires, storm severity and frequency, ocean acidity, ice cap melting, drought, crop failure, disease transmission, and flooding, among other effects—not to mention the attendant rise in species extinction.

As it stands, the world is on track for a rise of 3.2 degrees centigrade by the end of the century. Civilizational collapse becomes the name of the game way before then.

Climate change is the defining issue of our time not just because it threatens the very existence of our species, but because it demonstrates the lethal, unjust legacy of the colonial era in dramatically stark terms. The United Kingdom—one of the great colonizers of the modern era—contributed 50% of all global CO2 emissions all the way up until the 1880s. By the end of the Second World War, this tiny country was still responsible for almost a fifth of all emissions. It wasn’t until the middle of the 20th century that the share of global CO2 emissions produced by European countries fell to below 50%. The causal leap from emissions to climate change is not instantaneous. Quite the opposite. We are seeing the effects today of emissions that have built up over centuries. And it is the same countries—or rather their ruling elites—that sailed around the world, stealing the wealth of others and enslaving their populations in order to build their economies, that will now suffer less damage from the effects of the emissions that they bear the bulk of the responsibility for.

Despite the overwhelming doom and gloom of the situation, however, it must be noted that to succumb to doomerism is not an acceptable position, neither morally nor tactically. This is something I have been wrestling with for some time, and though I am plagued near constantly by a feeling of dread of almighty proportions, I have recently resolved to try to not let it swallow me up. Partly because it is not a binary issue. There’s no magical value of temperature rise at which things become bad. It is all going to be bad. But any decimal point of heating we can prevent is a victory that translates to millions of lives saved. To think otherwise would be to play into the hands of the agents responsible for the mess we’re in. Companies like Exxon and BP and all the rest want us to be resigned to a terrible, unchangeable fate, and to wallow in fatalism and inaction. That allows them to keep maximizing their profits without hindrance. In addition, resignation would also be an act of immense colonial arrogance. As mentioned above, though all regions of the world will feel the devastating impacts of climate change, it is the poorest and most vulnerable and most exploited that will feel it first and worst—indeed they already are feeling it. The power of the individual is hugely truncated in our societies, and any messaging that attempts to shift the responsibility of ameliorating climate change onto the individual is contemptuous propaganda and a flagrant example of corporate deflection. Nevertheless, to live in a country that got rich by exploiting the global South is to carry some responsibility to speak up and to educate yourself and others, and to support grassroots activism as much as possible so that some systemic change may happen and we can keep inching minutely away from the worst of the worst.


← We're All Talking About The Wrong Oprah Interview | Why Are Charlie Kirk, Ben Shapiro, and Tomi Lahren Defending the British Royal Family? →