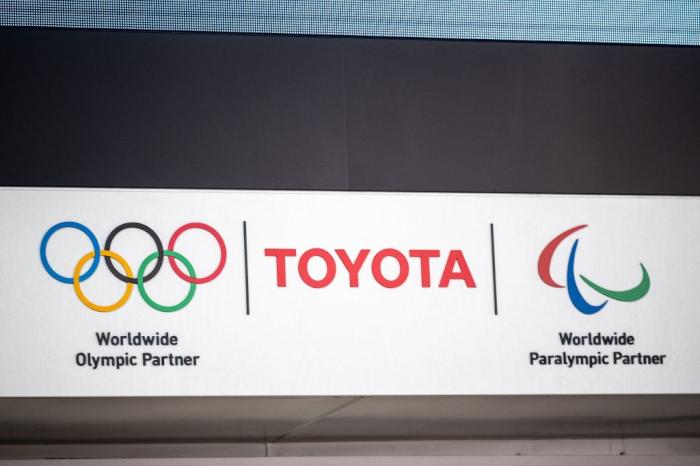 Toyota Donated $55,000 to Insurrectionists this Year

Axios released a report yesterday detailing the donations of the Toyota corporation to GOP election objectors and organizers of the Stop the Steal rally that turned deadly on January 6. At over $55,000 to 37 different politicians, they spent more than twice what the nearest other contributor donated. Those donations are from this year, post-insurrection. Toyota told Axios, “We do not believe it is appropriate to judge members of Congress solely based on their votes on the electoral certification,” leading one to question exactly what a politician needs to do to lose Toyota’s sponsorship.

Not that Toyota solely funds traitors and con artists. In 2020 Toyota donated more than $1.7 million to political campaigns and parties. Of that, almost $1 million went to Democrats. In the House they funded 135 Democratic campaigns and 112 Republicans; in the Senate, it was 30 Democrats and 37 Republicans. They gave $33,000 to Joe Biden and less than $10,000 to Trump. In the end, slightly more than half their political donations funded Democrats, but it’s close.

Nor are they the only ones playing the field. General Motors, Chrysler, and Ford, my automobile manufacturer of choice, all donated similar percentages to Democratic and Republican causes. What’s more, the 2020 cycle appears to be the first time each corporation donated more to Democratic candidates than Republican ones. 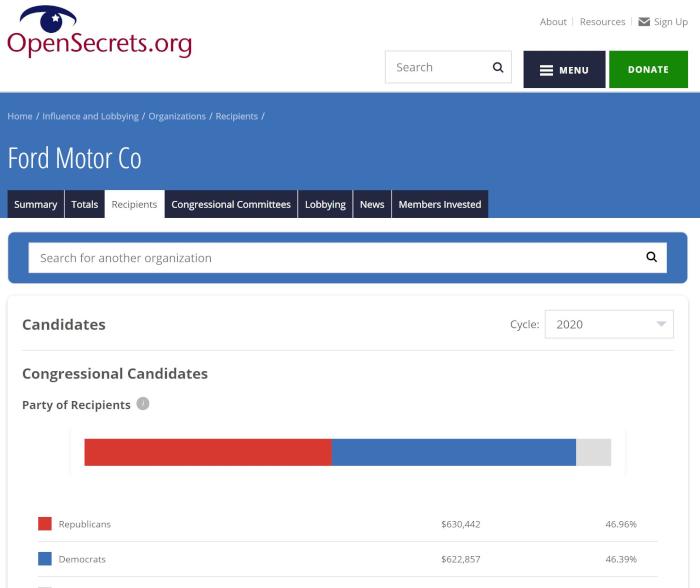 What does that mean? Dammit, Jim, I’m a writer, not an economist! But what it doesn’t tell me is that these car manufacturers and other corporations suddenly saw the light. I doubt PepsiCo decided to up their Democratic donations in 2018 because they felt an urge to support progressive values. Rather, they saw the writing on the wall. They knew there was a good chance of the Democrats winning the House, and then the Presidential and Senate elections, and they played a safe bet. I’ve no doubt this is why Republicans feel at liberty to suddenly trash corporate sources that historically supported them. I’ve also no doubt that by the time 2022 rolls around the donation ratio may switch back to favoring Republicans, should things look bleak for the Democrats. After all, a number of corporations that pledged to stop donating to the politicians who objected to the election results have since quietly backtracked. Cigna, Intel, and the U.S. Chamber of Commerce are among the organizations already donating to objectors. There’s no reason to believe others won’t do the same once our attention is diverted.

It’s not great that Toyota’s donating so much to politicians who view democracy as a game. It’s not great they gave $8,000 to Andy Biggs, organizer of the Stop the Steal rally, and only $1,000 to Elizabeth Warren. It’s not great they gave $10,000 to Trump even if they gave Joe Biden $33,000. Honestly, the fact they gave almost $2 million, divided equally between the two political parties, speaks to the deep cynicism of corporate donations. No matter who wins, the corporations come out ahead. It’s important to remember that Every Black Lives Matter statement last year and every LGBTQIA+ ad put up during Pride Month means precisely nothing about corporate values. The closest we’ve gotten to actual progress was convincing Toyota to stop paying its commercial talent in cocaine.