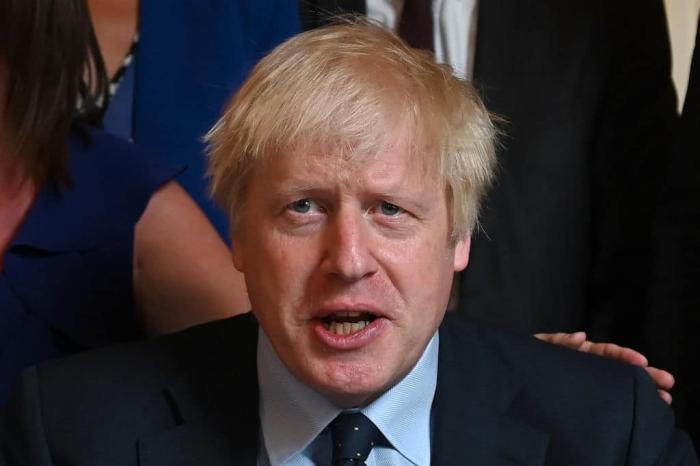 What The Hell is Happening in British Politics Now?!

Conservative MP Phillip Lee has defected to the Liberal Democrats ahead of a major showdown for Prime Minister Boris Johnson with Tory MPs over the ever-increasing chaos of Brexit. Lee, the MP for Bracknell, made the dramatic move during a session of Parliament as Johnson addressed the House of Commons. During his speech, Lee took a seat on the opposition benches. This now means that Johnson no longer has a working majority as PM. Ha!

Johnson has vowed to leave the EU on 31 October with or without a deal, which has inspired some of his own party’s MPs to meet across party political lines with other MPs to try to stop it happening. This comes after Johnson approved a plan to shut down the UK Parliament for five weeks, dramatically cutting down the amount of time MPs would have to debate Brexit before the end-date. It’s a move various MPs criticized for its blatantly anti-democratic nature and one that has only solidified Johnson’s negative reputation.

In a letter to the PM, Phillip Lee said Brexit divisions had ‘sadly transformed this once great party into something more akin to a narrow faction in which one’s Conservatism is measured by how recklessly one wants to leave the European Union. Perhaps more disappointingly, it has become infected by the twin diseases of English nationalism and populism.’ He cited the Liberal Democrats as the best party to ‘heal the divisions’ brought upon by Brexit. Lee follows in the footsteps of Sarah Wollaston, who also crossed the benches to the Lib Dems last month.

This is a power move for the Lib Dems and their new leader Jo Swinson, but it’s not one that’s guaranteed to go over well with the party. Lee abstained over the vote on same-sex marriage, he seldom rebelled from the Tory whip and hasn’t voted against anything in the party’s manifesto.

I honestly thought it would take at least a few more months for the facade of Boris to completely disintegrate, but here we are. He’s been simultaneously exposed as a dictator-in-waiting and an embarrassingly incompetent dolt who crumbles to dust once his usual bumbling bad boy tricks don’t work. Just listen to him try to give a speech. He was never the charismatic statesman his followers described him as, but I swear he wasn’t always this outright inept.

It’s just the most extraordinary footage. Never in my life thought I’d see a UK Prime Minister speaking on the steps of Downing Street drowned out by chants of “stop the coup!” pic.twitter.com/vtyflv6JPr


I’ve been asked a lot whether I think Johnson is genuinely stupid and I’ve never found that to be true. He’s too cunning and savvy about brand manipulation to be a real idiot. However, I do think his brief time as PM has exposed his true intentions and abilities: He’s exceptionally good at accruing power at any cost, but once he has it, he has no clue what to do with it. He believes he was born to rule but doesn’t want the hard work involved. Well, too f*cking late now, Boris!