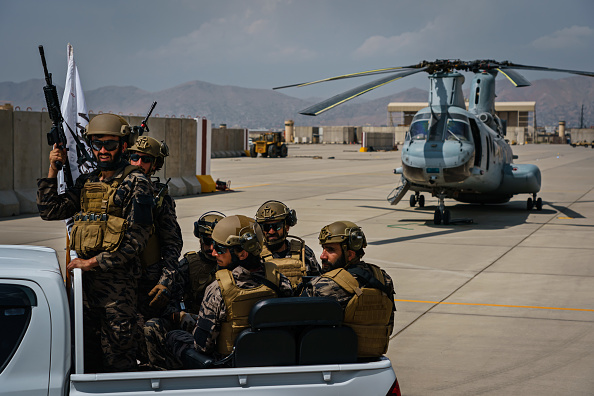 Today, the Forever War Ends; Tomorrow, the American Media Forgets About It

For a variety of reasons, I do not feel particularly comfortable writing about Afghanistan. I understand politics, but I am not well versed in foreign diplomacy. And I do understand the politics of this moment, but it feels weird to talk about it in the midst of a humanitarian crisis. Not that it’s stopped anyone else from doing so.

I think that my opinion also differs from some of my friends and colleagues on the site, as well as a lot of our readers, in that I didn’t agree with the decision to invade Afghanistan, but I also didn’t agree necessarily with the decision to leave. No one wants a forever war. I guess I saw posting 8,600 troops in Afghanistan indefinitely to protect their fragile progress less to me as “imperialist” and more as the price necessary to protect its 38 million citizens from Taliban rule. I think in that respect, I’d be called a neoliberal, but I think we should have kept 10,000 U.N. troops there and called it a peace-keeping mission. Then again, that’s why I’m not the President, and it’s why I don’t write about foreign diplomacy. On the other hand, I think that conservatives were more like, “F**k ‘em,” while progressives were like, “Let’s airlift 10 million Afghani women and children out of Afghanistan and into the United States and Europe.” I’m not opposed to that, but I don’t think it’s realistic, either. I also understand that Taliban-rule itself is tenuous and fragile, and maybe the people of Afghanistan can figure out how to revolt not through war, but through protest.

On a much larger scale, politically speaking, I think that this will ultimately end up like Kurdistan did for Trump in 2019. Do you remember what happened in Kurdistan? You’ll be forgiven if you’ve forgotten because it got all of a day’s worth of headlines. In 2019, Donald Trump abruptly — and against the wishes of the military — pulled 1500 special forces out of Kurdistan and basically let Turkey reclaim the land within its borders through violence. For about a day and a half, we saw images of the Turkish military killing Kurds like dogs on the side of the road (literally). And then Trump did something else moronic, and we all moved on and forgot about Kurdistan.

This is what happened to the Kurds in the year after we abandoned them. From The New Internationalist:

Did any of you know that? Almost certainly not, because it wasn’t in the media’s interest to report it, and if they did, we probably didn’t pay attention to it (media stories about the Kurds after Trump pulled out are hard to come by, probably because they don’t generate clicks). The American media was too obsessed with Michael Cohen or Stormy Daniels or Donald Trump lying about not being able to walk down a ramp to bring to our attention the carnage left in the wake of Trump’s decision to withdraw troops from Kurdistan.

This is exactly what’s going to happen in Afghanistan, unfortunately. A year from now, a publication like The New Internationalist will report on the toll of Taliban rule in the wake of our departure, but we’ll be in the midst of the midterms by then, and Ron DeSantis will be up for reelection in Florida, and Afghanistan will be a distant memory, and we’ll probably be cycling through our 7th wave of COVID.

I know, because it’s already what’s happening. Today’s going to be a big THE WAR IN AFGHANISTAN IS OVER headline day in all the major newspapers. But after railing against Biden for two weeks because he finally gave them something to work with, the media is already starting to move on, back to the pandemic, to school restarting, and to Hurricane Ida. In fact, the Times has already run the obligatory, “What voters say about Afghanistan in a swing district” piece. And you know what almost all of them — Republican or Democrat — say? “I’m glad we’re out. I’m sorry about what’s happening to them, but we have our own problems with which to deal.” Most Republicans don’t even blame Biden.

Politically speaking, it’ll be a non-story by Labor Day. From a humanitarian perspective, it will continue to get much, much worse for the people of Afghanistan. We didn’t belong there in the first place, and maybe we should have gotten out much sooner, but still, I’m sorry that America has failed you.


← Sarah Paulson's Sorry She Put on a Fat Suit to Play Linda Tripp in 'Impeachment: American Crime Story' | Let's Sing A Catchy Song About The Lack Of Police Reform →