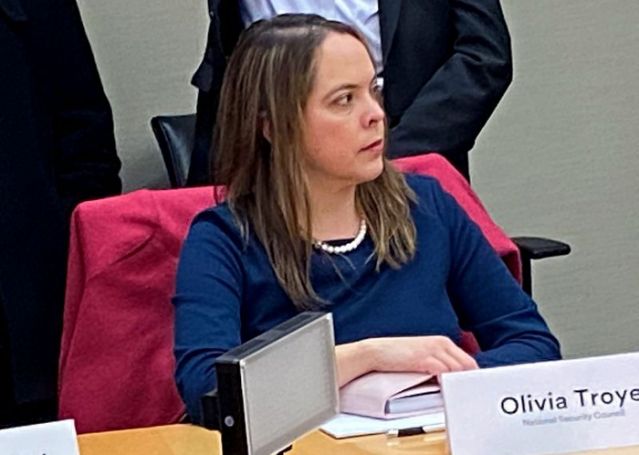 The Times is reporting this morning that the White House is banning TikTok and WeChat from U.S. app stores beginning on Sunday. Moreover, the White House will also “ban the transferring of funds or processing of payments through WeChat within the United States as of Sunday,” and those additional restrictions will be applied to TikTok on November 12th. Oracle is currently in talks to acquire TikTok, although they will still need to work through national security concerns. Existing TikTok users will be able to continue using it, it appears, but new downloads will not be allowed. Trump, however, could rescind the order before Sunday if things go well with the Oracle acquisition.

—An Ex-Pence aide, lifelong Republican, and longtime coronavirus adviser to Vice President Pence, Olivia Troye, says that she will vote for Joe Biden in November, stating that Donald Trump showed a “flat out disregard for human life” during the pandemic because his “main concern was the economy and his reelection.”

“The president’s rhetoric and his own attacks against people in his administration trying to do the work, as well as the promulgation of false narratives and incorrect information of the virus have made this ongoing response a failure,” she told The Washington Post. Mike Pence, whom Troye was careful not to criticize, nevertheless called her a “disgruntled” former employee. Troye left her position in August.

— For what it’s worth, it took Cornel West 40 seconds to convince Tucker Carlson to embrace Democratic Socialism. Now convince him not to be a white nationalist, Cornel!

— Did y’all know that Bill O’Reilly is still a thing? One hopes (desperately) that, in a year’s time, Trump will just be another voice among many on Twitter that everyone dunks on whenever he tries to interject his opinion. To wit, re: last night’s CNN town hall with Joe Biden:

If there’s one thing people in cognitive decline are known for, it is memorizing long, nuanced answers to lengthy lists of questions.

Nothing gets past Bill O’Reilly. https://t.co/mioctUqHgL

Bill O'Reilly was so blown away by Biden’s town hall, he thinks he memorized every question.

Don’t you have a woman you sexually assaulted to pay off?

And newsflash you disgraced, complicit-in-this-fresh-hell twit:

Coherent responses to questions about the horrors of Trump’s America are only suspicious to you because your friend @realDonaldTrump could never. https://t.co/yglI3aAIe4

This is what it looks like when a candidate actually comes prepared, Bill.